So this morning I actually slept in until 6.15! Can you believe it. It’s not because anyone has been waking me. In fact apart from the first couple of days where we had a baptism of fire because of the lack of handover, for the most part the early risers have been very quiet. Maybe i was finally sleeping better because zebra and I swapped beds a few days ago. Zebra then took the initiative to grab an extra mattress and tie a line to hang clothes so we had improved the servants quarters!

Very interesting shoes appear sometimes. We particularly took a liking to a pair with the heel cut out! 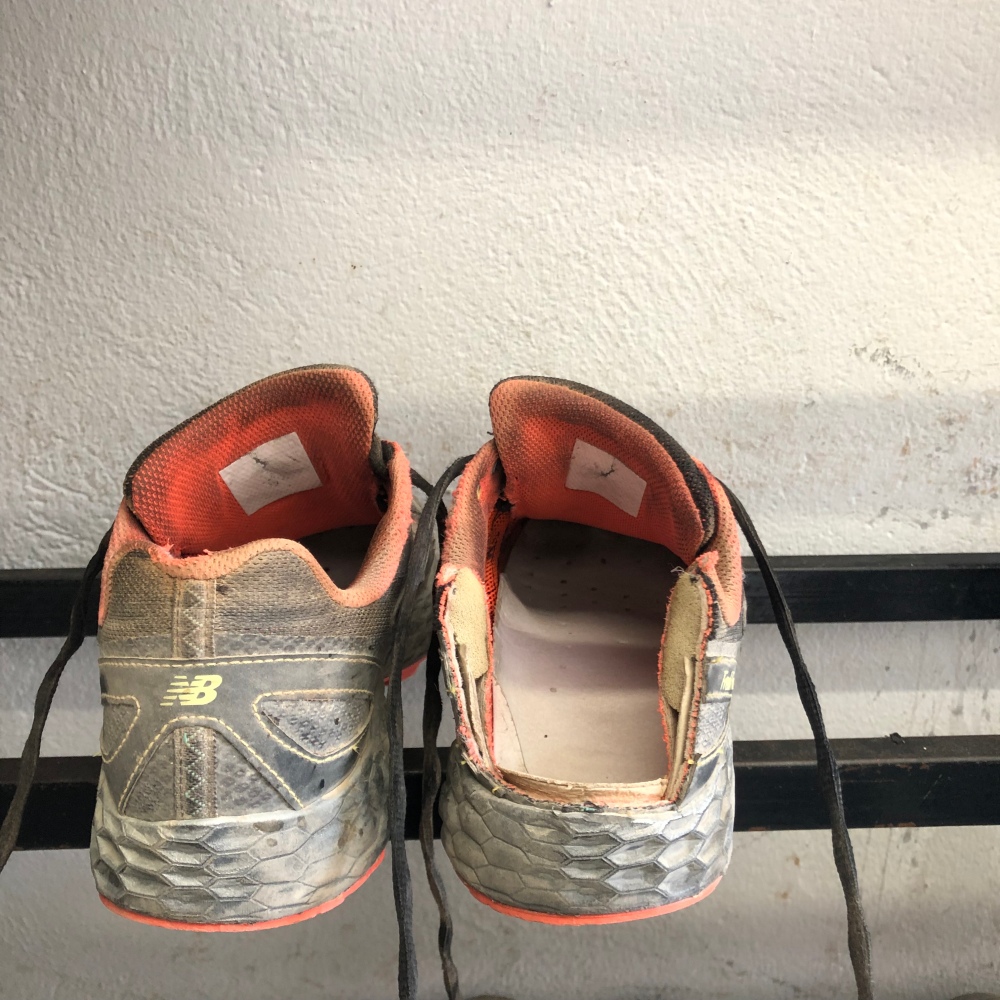 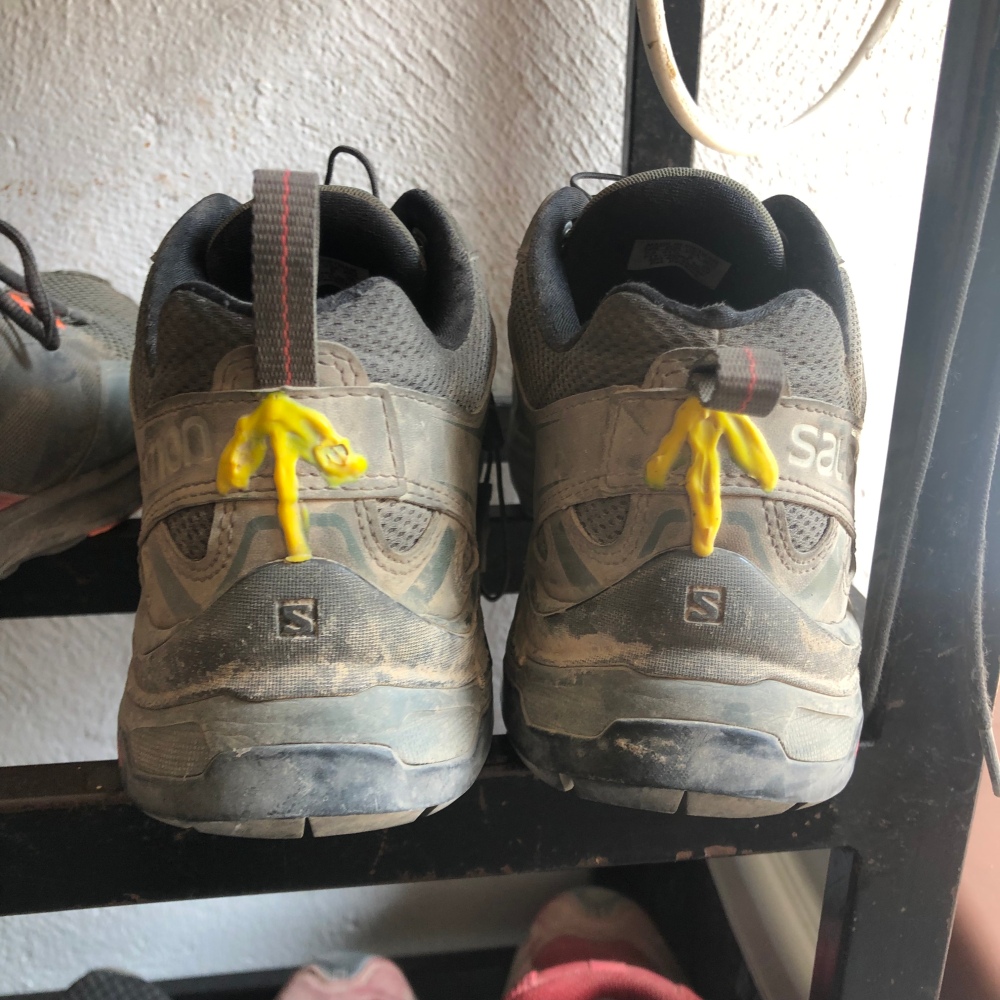 We tell the pilgrims no lights until 6.30 and stick a sign over the switches and it seems to work. So we only had 39 people last night and most of them left quite early. I walked an 82 year old man around to a cafe to leave his pack for transport. He had lost parts of a number of toes and was still planning to walk to Santiago!

Thankfully the girl with the sore leg who had stayed two nights went to get the bus – no point causing permanent damage to yourself we told her! Interesting concept…. I bought a T-shirt in Roncesvalles that says giving up is not an option! (It was the only T-shirt they had and remember I lost my luggage ok) 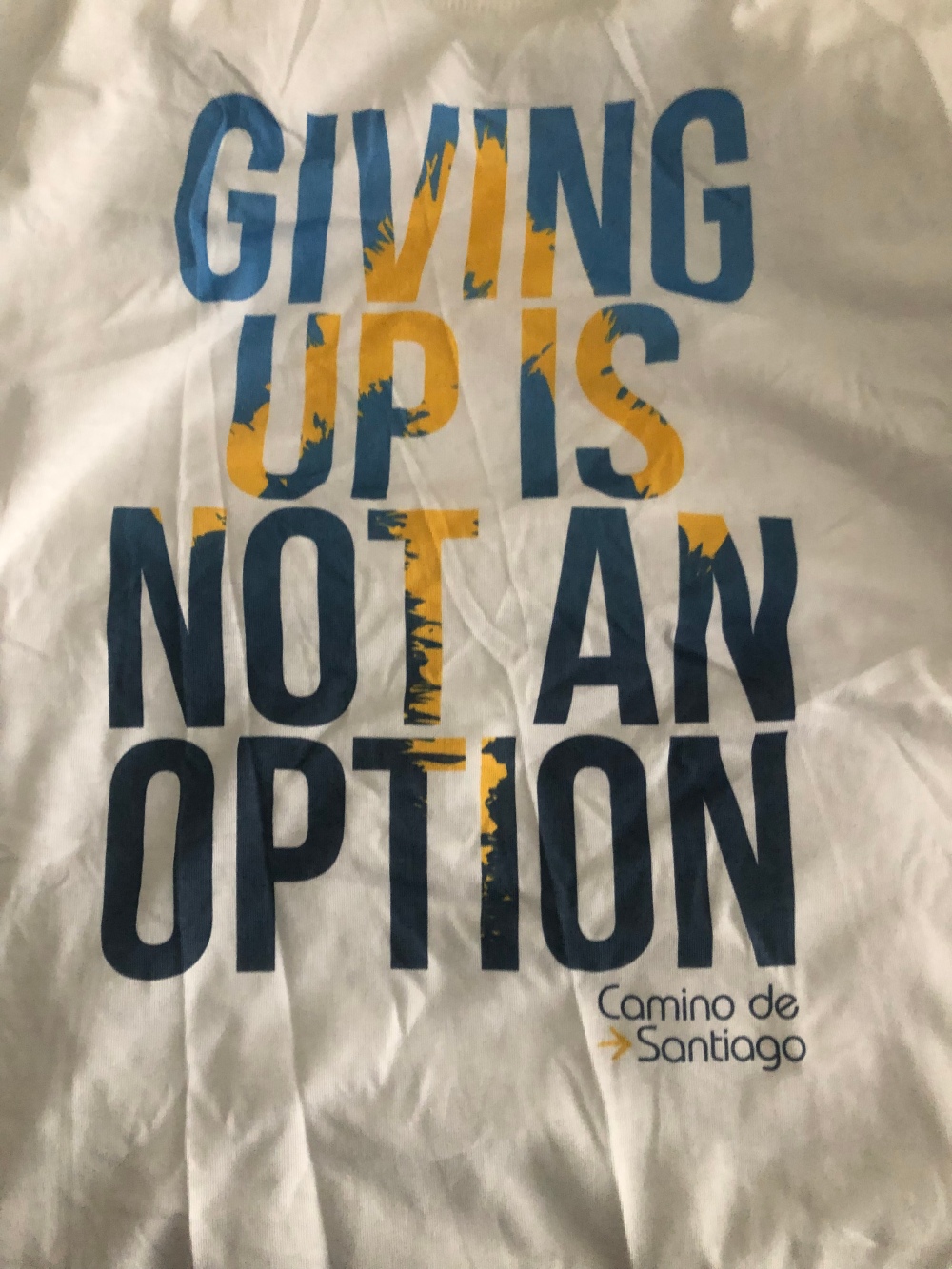 After cleaning we had breakfast – this included Bircher muesli my way and, I forgot to tell you, we (Zebra and I) have been enjoying the vegemite! But not Mavis ! She tasted it while I wasnt looking apparently and was mortified! Who would have guessed that was what she had to rescue with a dumpster dive! (It was sealed and inside two plastic bags remember!) 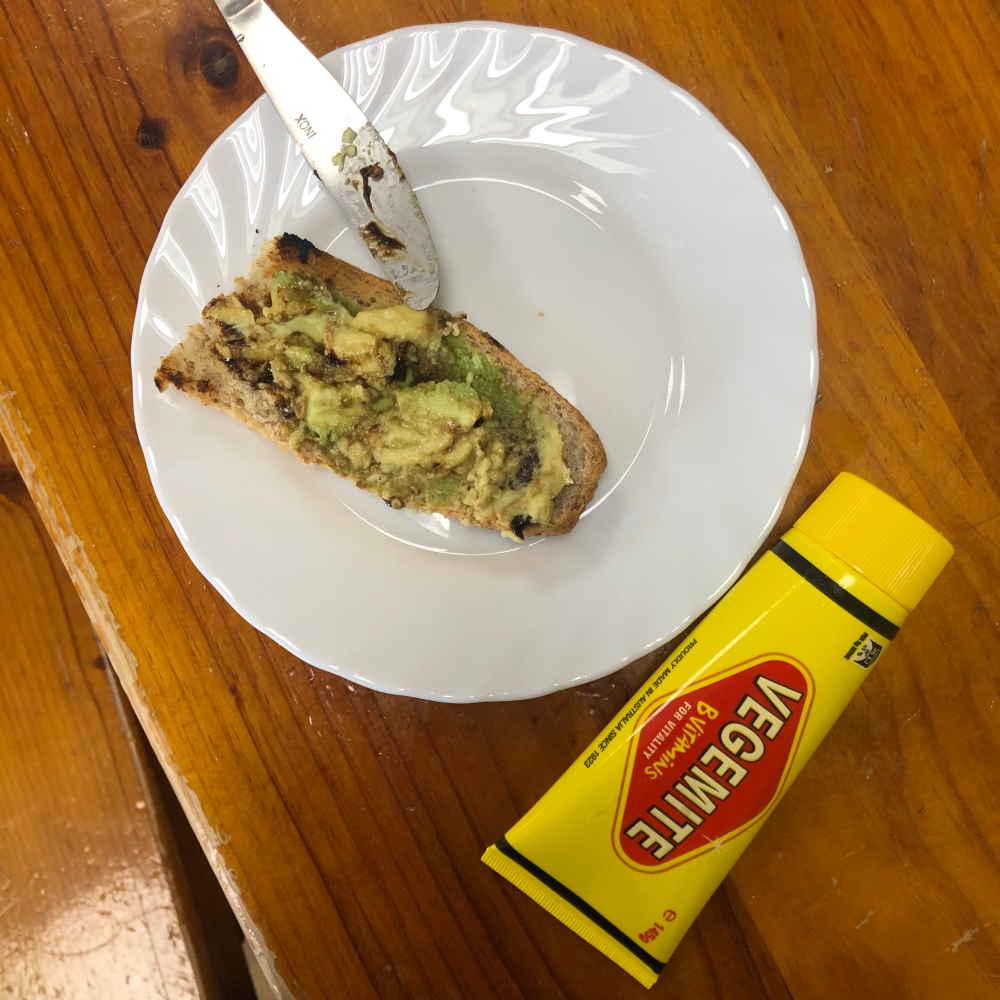 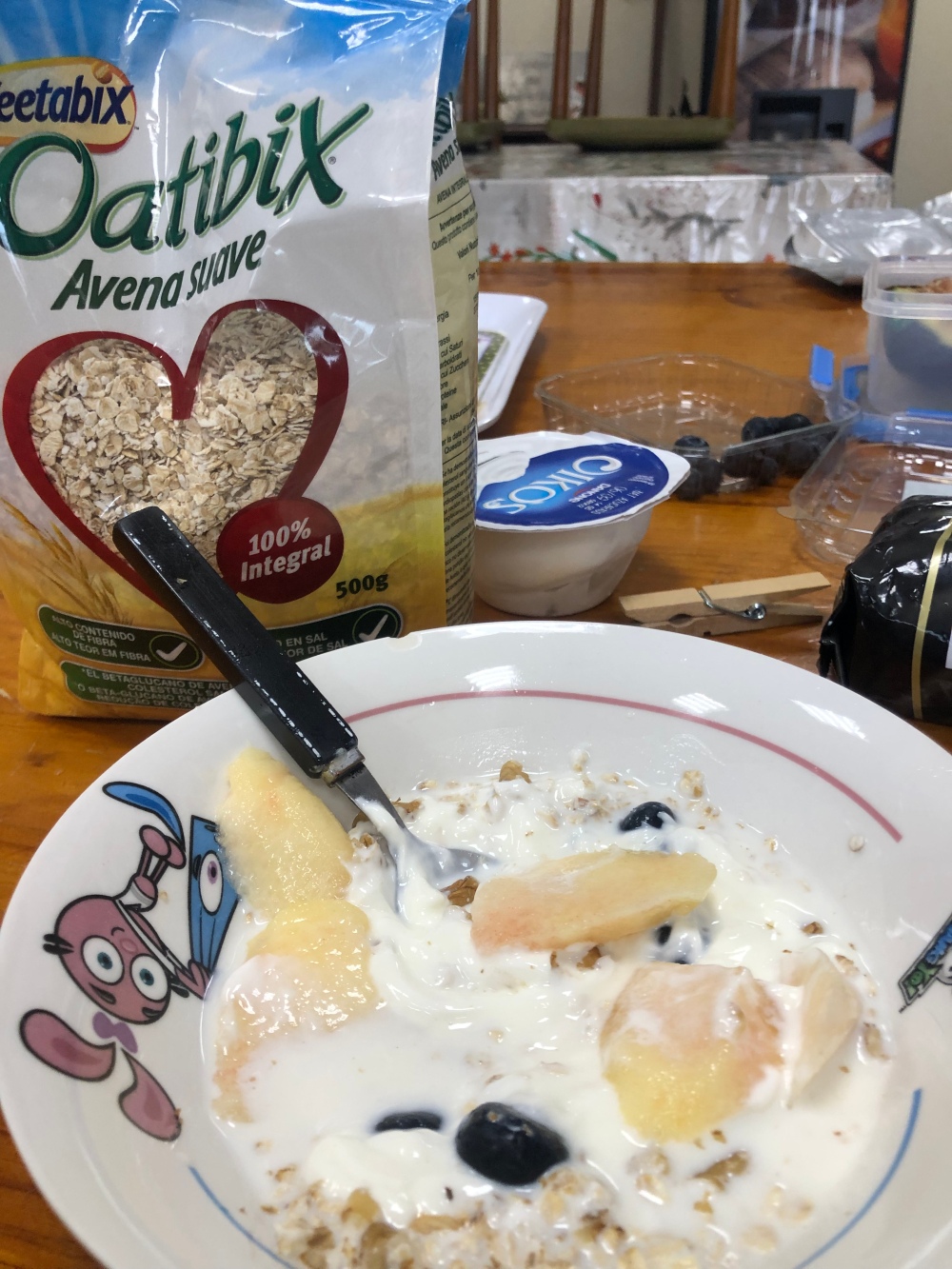 After desayuno (breakfast) we went our separate ways for a couple of hours – mainly buying some food and cleaning supplies with the limited cash we had. Yesterday I had discovered that there were three air conditioners and three controllers. This was news to all of us as the labelling was totally wrong! We had stopped putting people on top bunks in the middle some time ago and now we finally adjusted the temperatures to a comfortable level for all! (Although some people just see it is on and wrap scarves around their necks – it would be great to have fresh air but the small windows limit any hope of that!)

Anyway after passing away the afternoon doing not much, I went for a siesta and caught up on my blogging. It also rained today! Just as we were heading out for dinner! Can you believe it? Wouldn’t be walking without rain gear anytime in Spain!

The news in the restaurant showed mas tormentas! More storms all over Spain. Hail in piles! In Nájera after the rain it seemed humid and warm but locals entered the restaurant wrapped in woollen shawls – very confusing. Winter would be interesting here – perhaps they all run around in swimmers and t-shirts! Don’t worry I’m just joking. 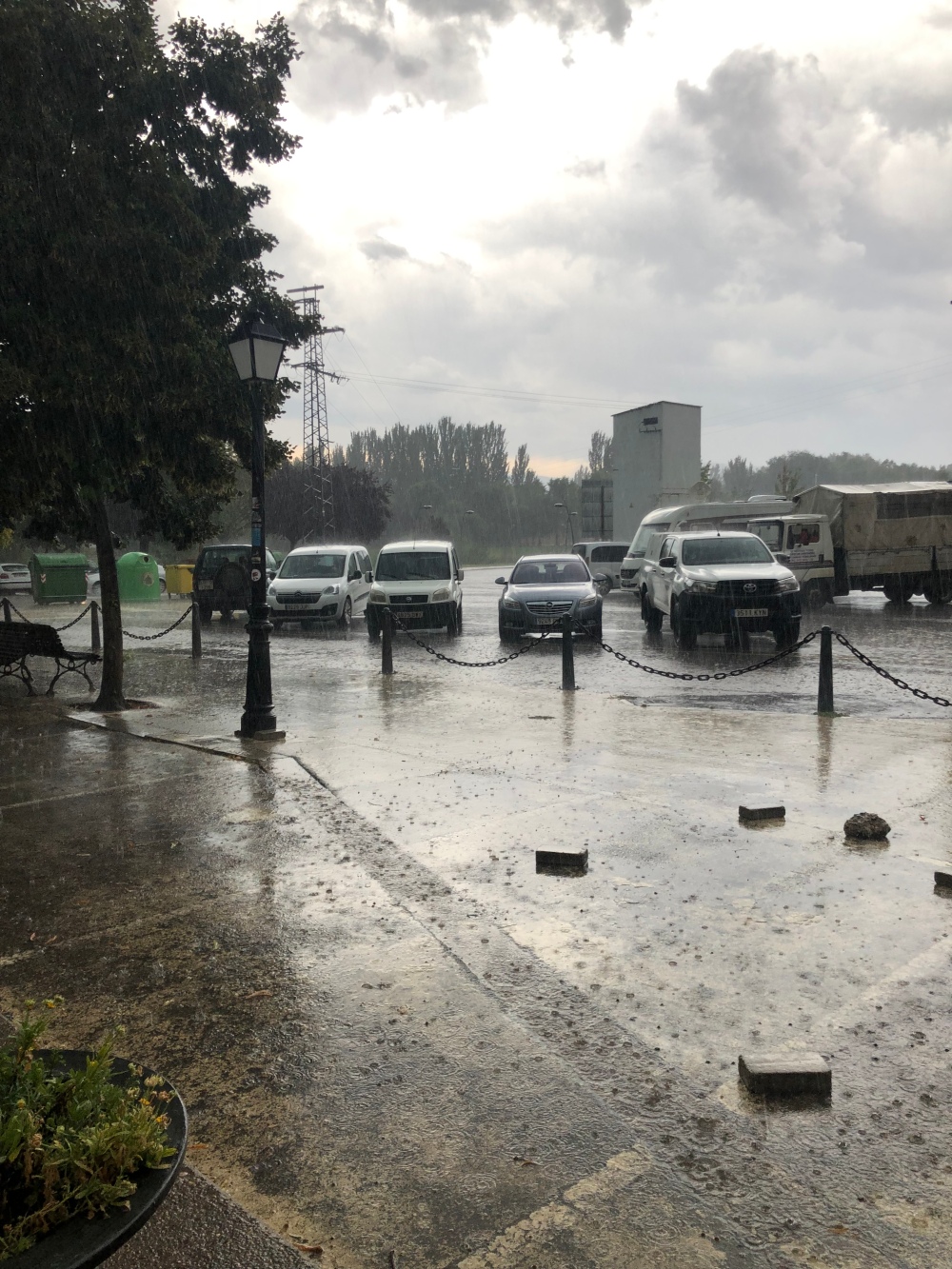 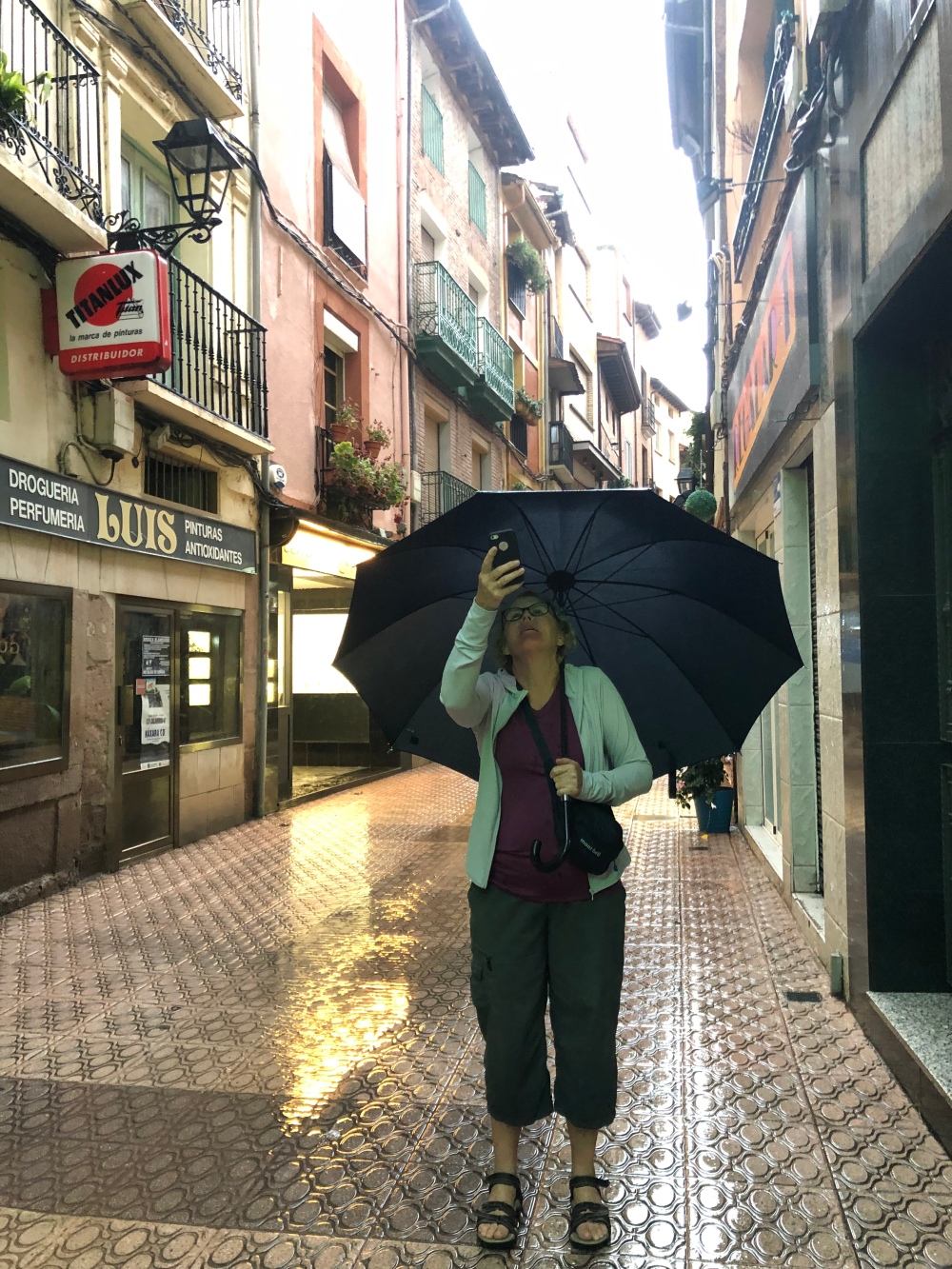 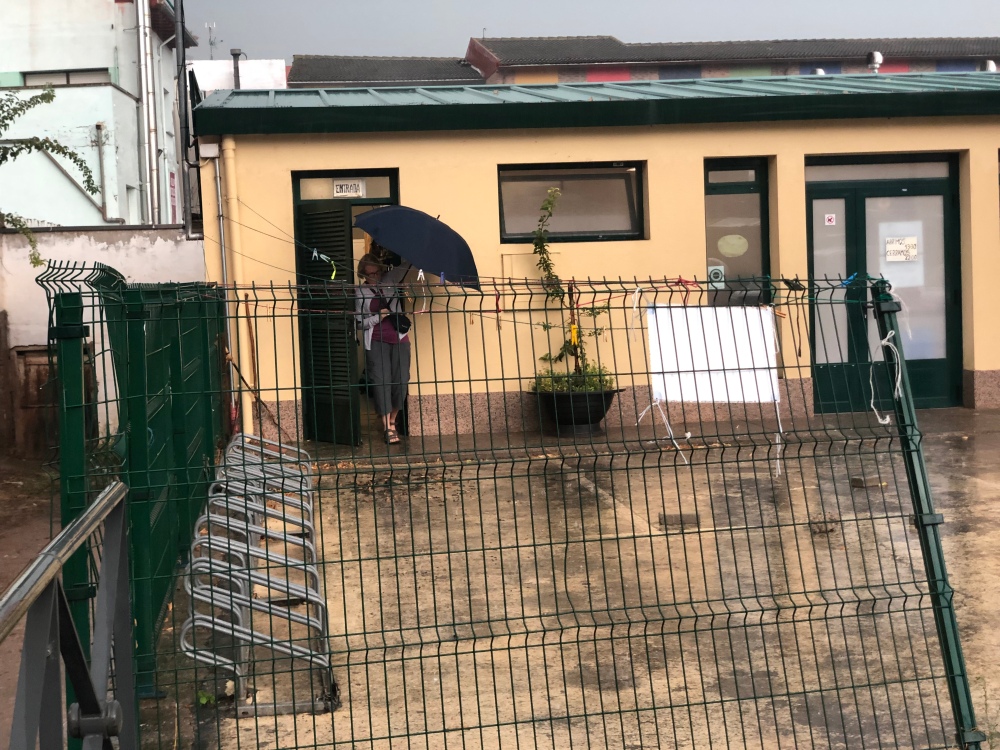 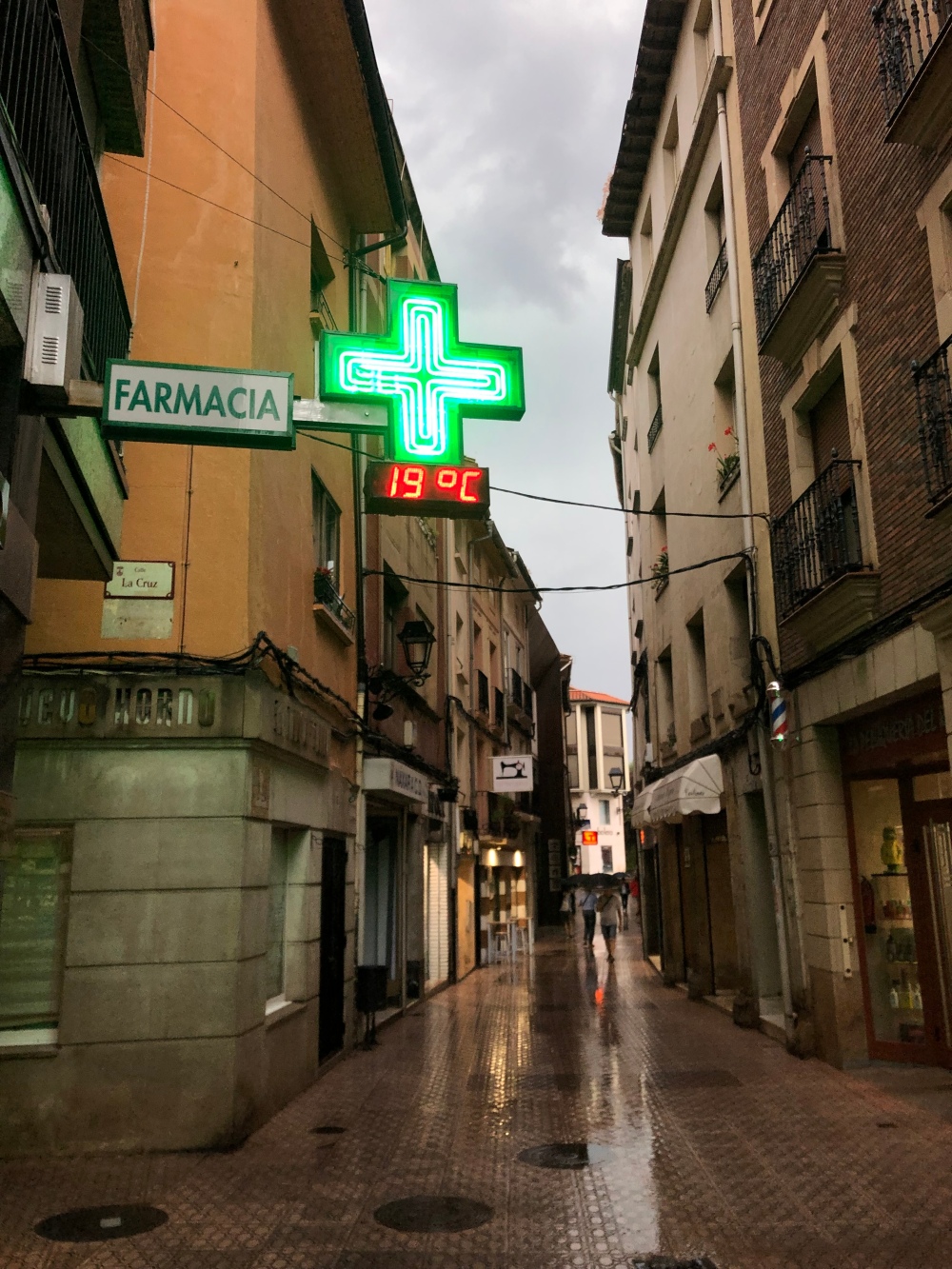 We enjoyed our usual meal – and almost fell over when we were handed the menu with the nice salads! But desafortunatemente it was a mistake! Only ensalada mixta today! Lettuce and tomato a bit of carrot and an olive or two if you dont want onion or tuna on it! Or you can have Russian salad (1 potato peas and mayonnaise). We decided to get one of each and share. We also had chicken and vegetables again! 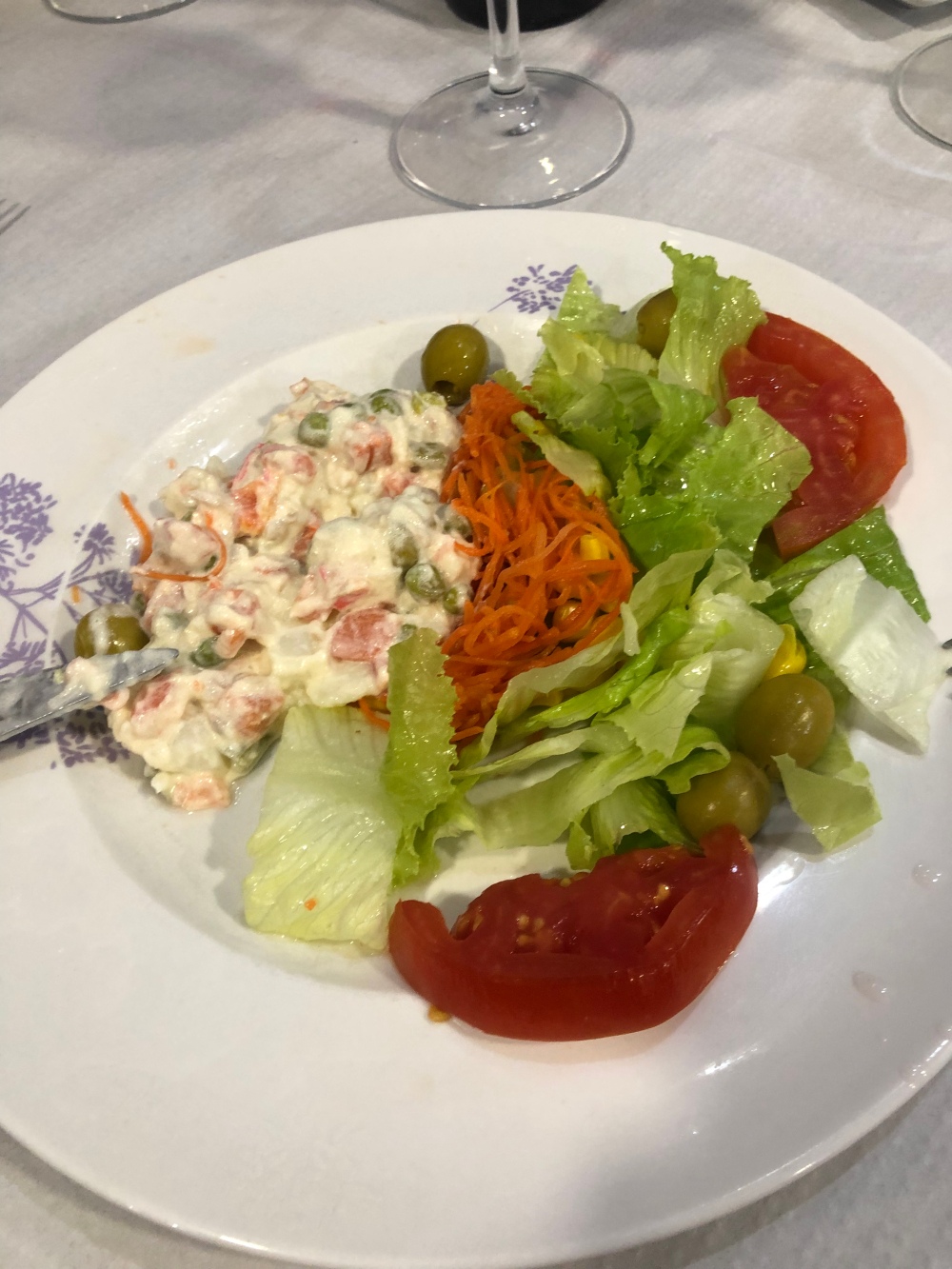 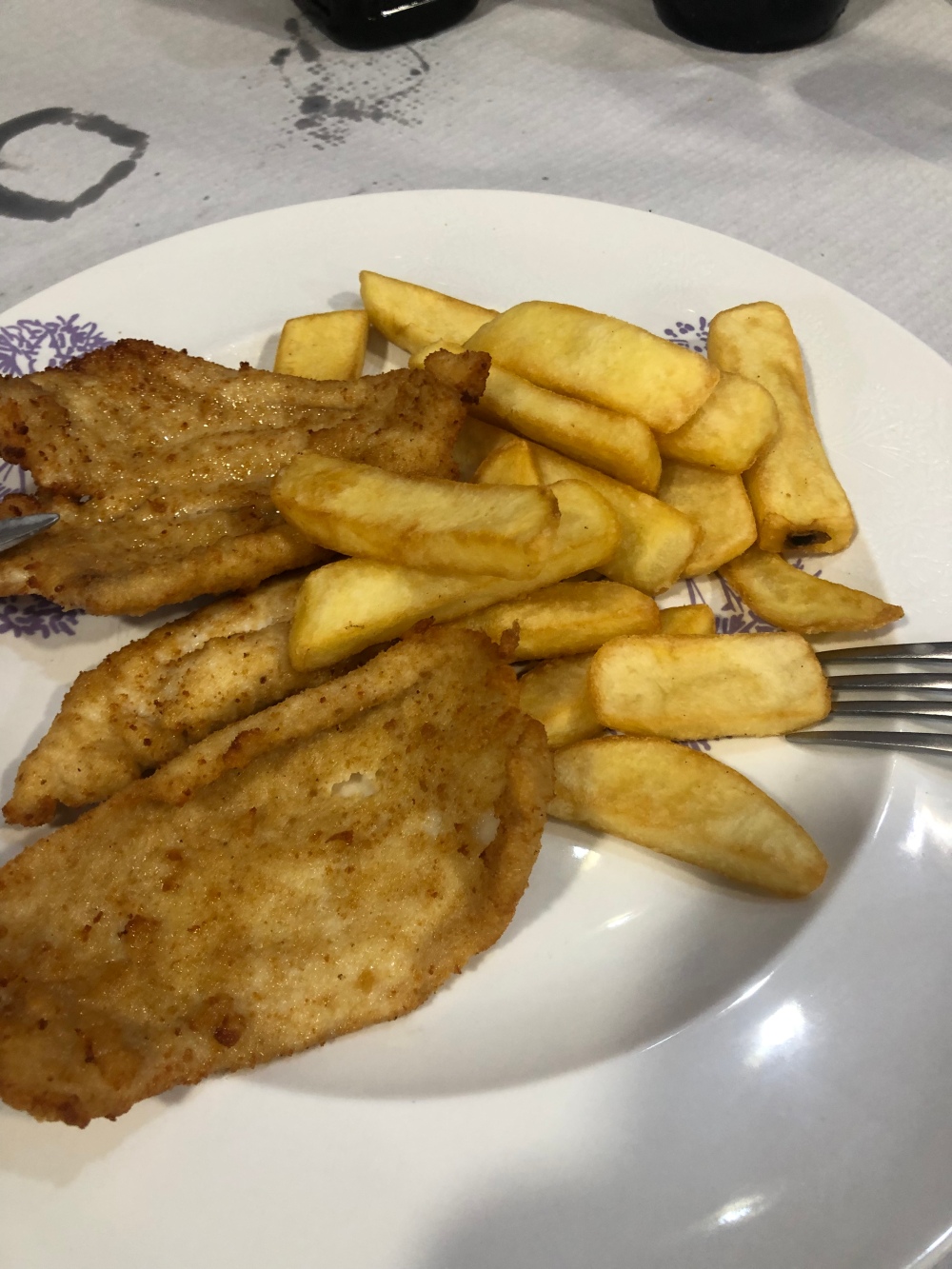 After dinner we bumped into the Nájera Jacotrans family! They said they had been caught in a hail storm coming back from logrono. Lovely people and couldn’t recommend them enough for bag transport! I will be using them to send my extra pack to Santiago that’s for sure! 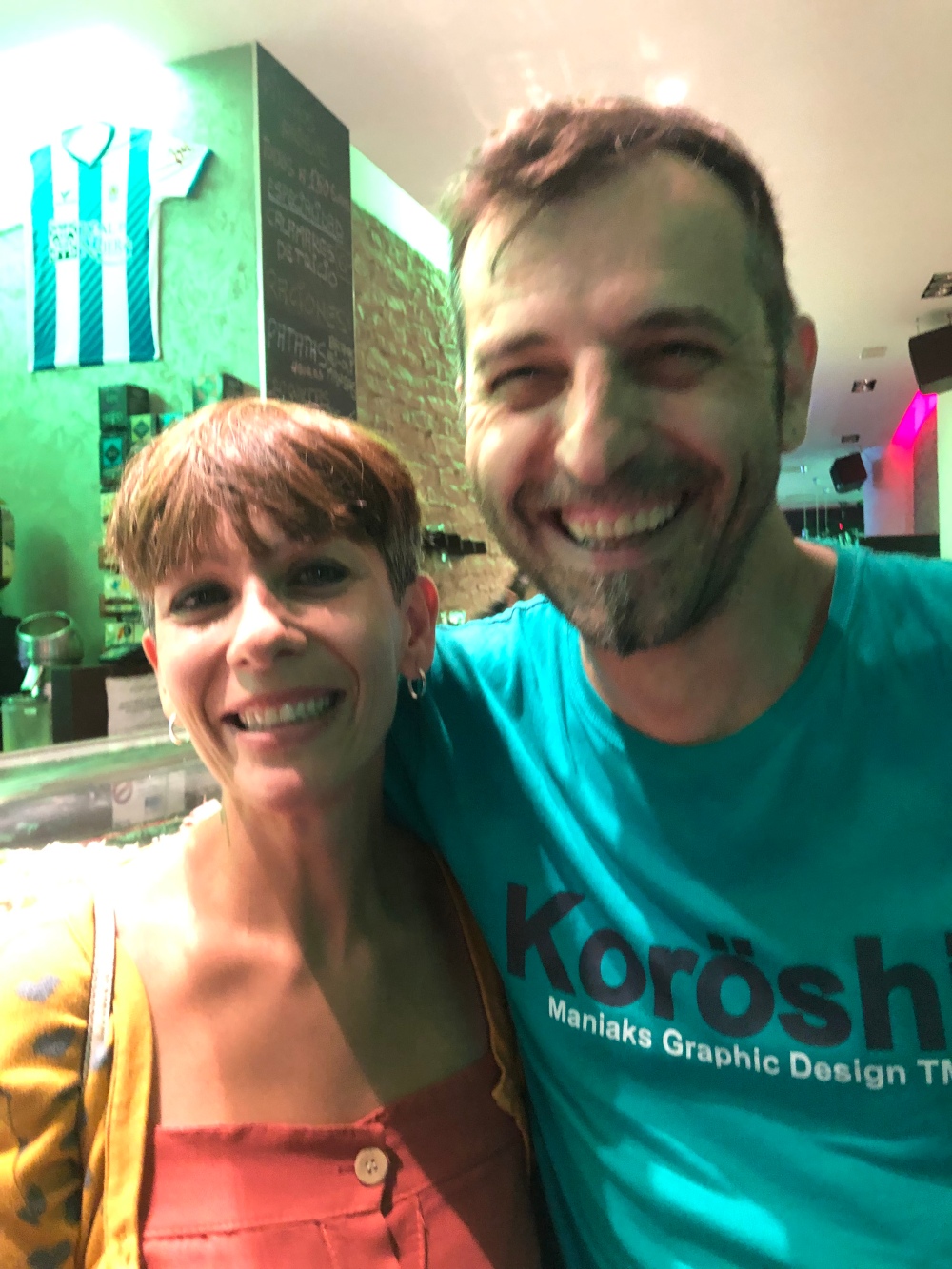 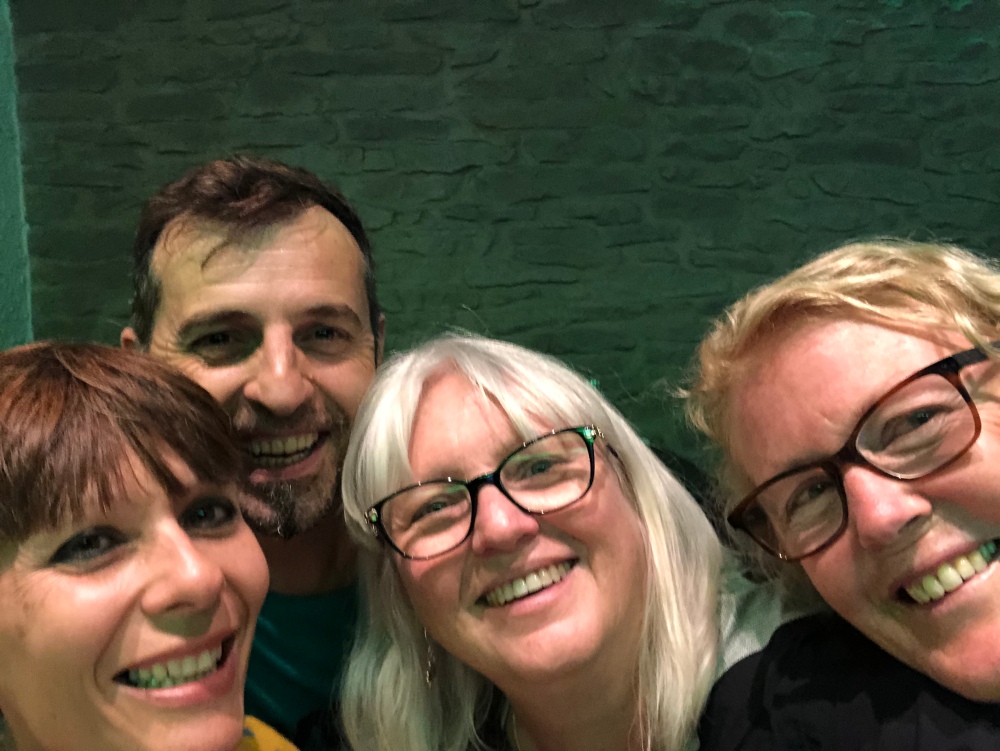 Only one chincha chico and Zebra saved him from Mavis today. He was quite happy to have the help- his problem was mainly on his hands! 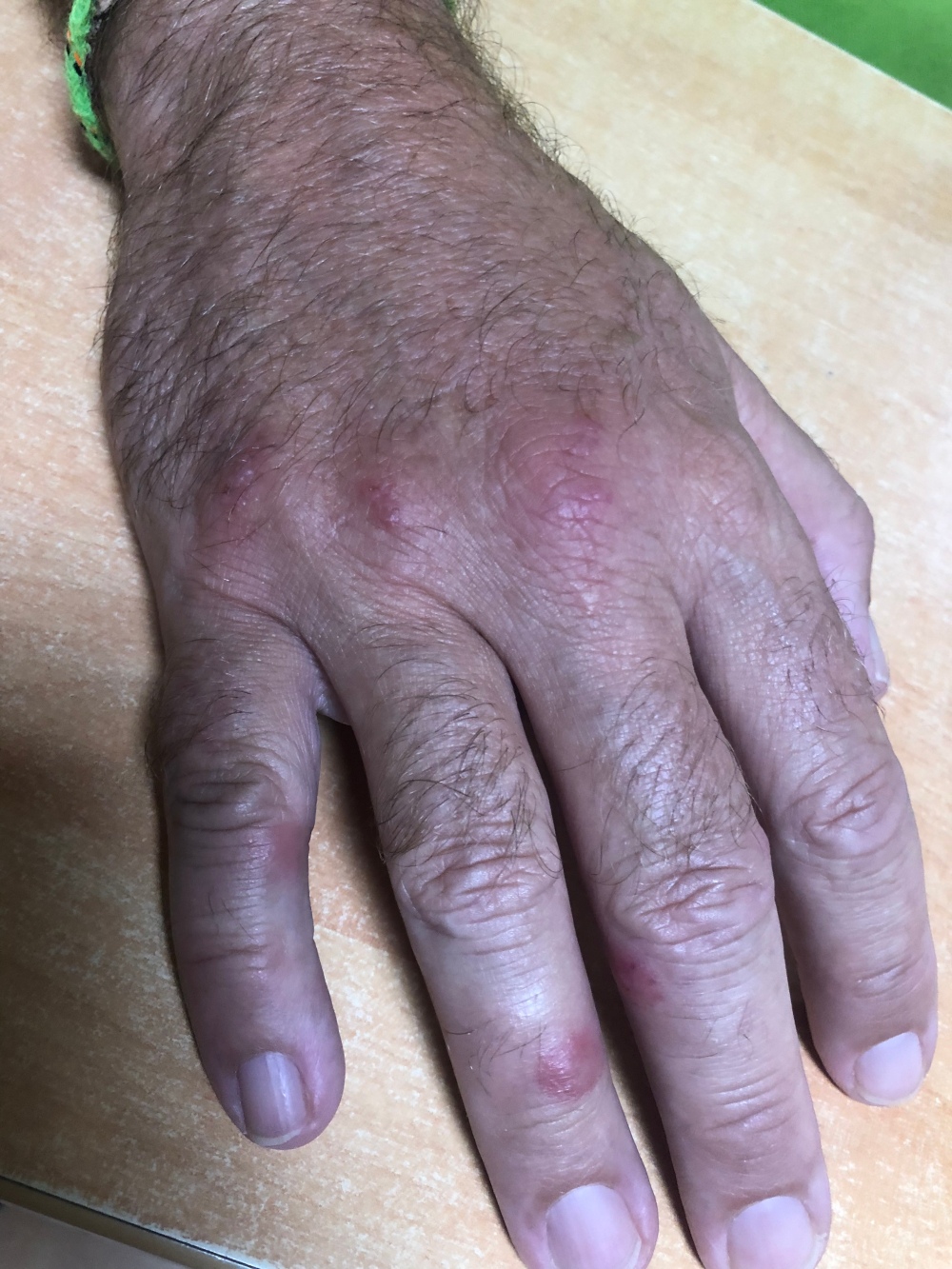