Aargh! How on earth could they be thinking about walking another 800km? Will he again accompany her on this slow walk across Spain? Will they finally learn to flamenco? Will the feet hold up? Isn’t one ruptured plantar fascia, a stress fracture or two and a moon boot enough? What on earth draws people back to such a torturous adventure? 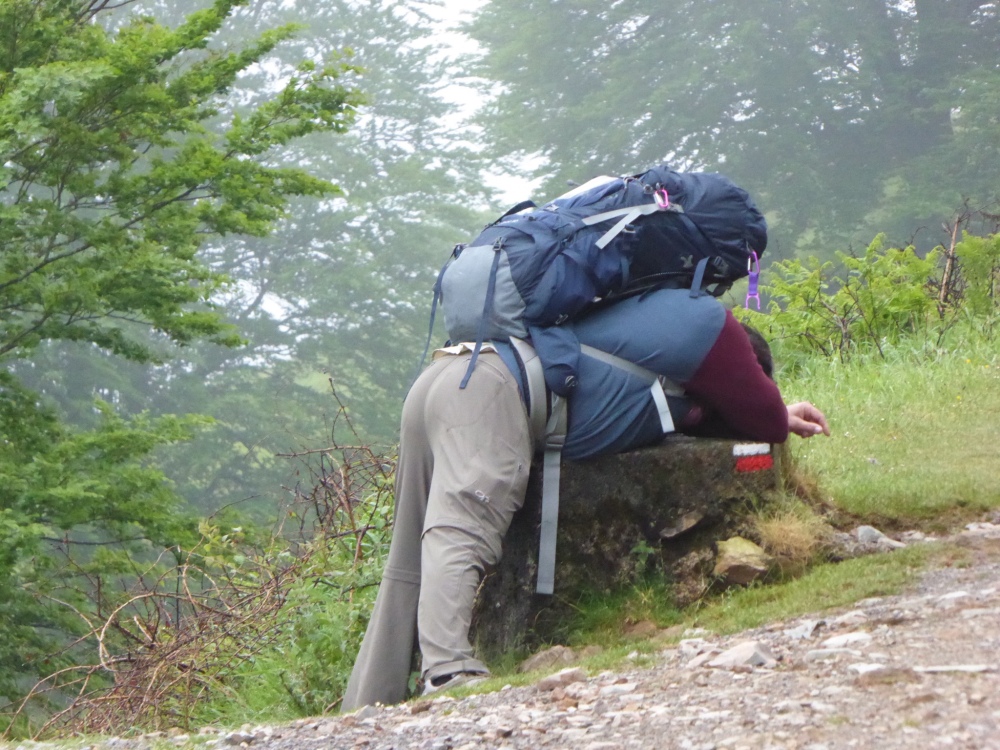 Yes I do recall the pain radiating through my body with every step; the sun beating down; the endless road before us. I particularly remember the day my batteries ran out. When my beloved grabbed my pack and threw it over his shoulders and power walked ahead to the next town looking more sexy and strong than I could ever remember him being. I also admit to cursing him an hour or so later as I hobbled slowly into town, lips parched, tongue white, tears welling because he had also taken my water! 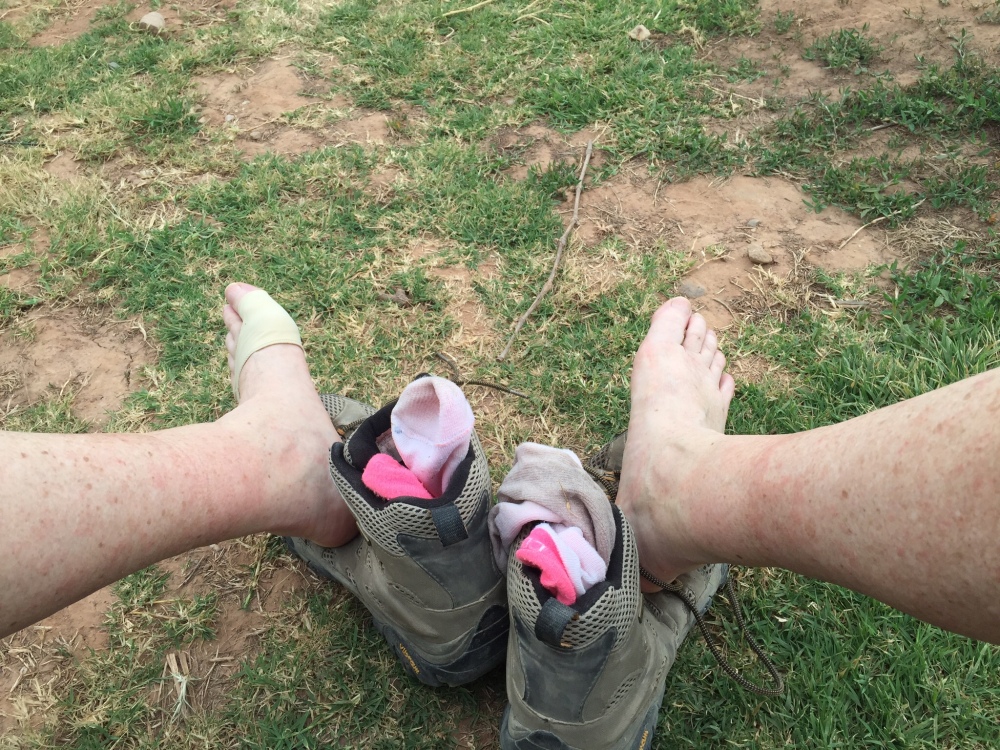 As an afterthought, had he not taken my water, I may well have stayed out on the road and never actually found the life force to make it to town. The vultures were surely circling! 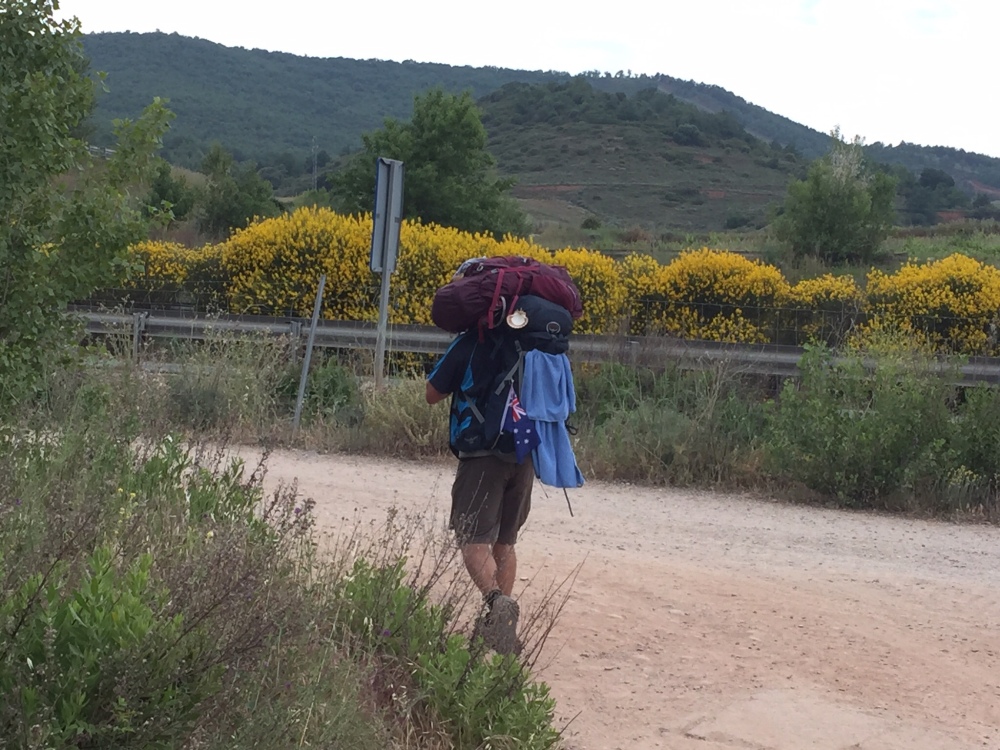 The moon boot that kept me captive for six weeks on our return now waits patiently in the cupboard although I am hopeful that it will never surface again. I am also hopeful that I have avoided the extreme illness that preceded our last camino and our training and preparation will see us finish the 800kms with a possibility of walking on to Finisterre (the end of the earth). 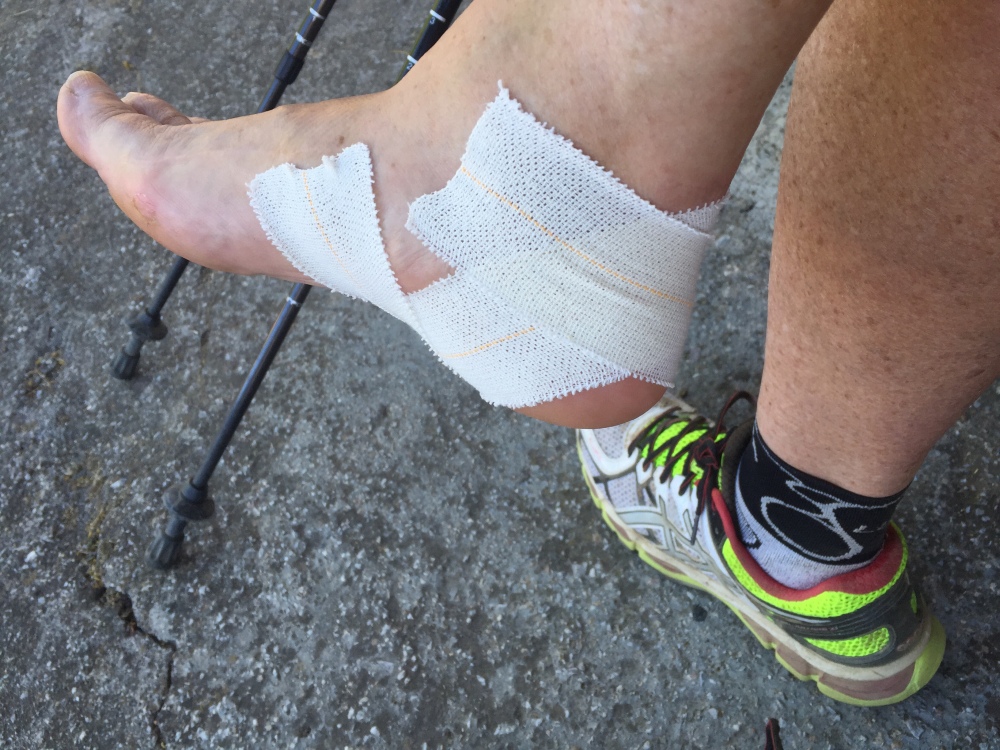 I remember the sheer joy of being part of something so ancient and so grand. Yes we were following paths walked for centuries by pilgrims seeking answers or forgiveness, but also walked by Napoleons army, the Romans, and the pagans even earlier.

I remember being greeted ‘buen camino’ by pilgrims as they passed (and lets face it, most did pass) by old ladies and small children as we clomped through their towns, I `remember ogling grand vistas as we outpaced looming clouds; clambering hills into fairy tale villages, lunching in ruins, and marvelling at castles where Templar Knights once guarded the road.

I remember the relief of making it to another town each night and falling heavily into bed. I remember waking each day feeling surprised at the recovery. (And the occasional bug bite). But as the kilometres passed and agony kicked in, I remember the desperate search in each new farmacia for tape and pain relief. I remember at times praying that a fairy taxi would appear and whisk us away. I remember never really knowing whether we were going to make it all the way to Santiago as people around us boarded buses and headed home after injuries like tendinitis and even blisters!

But these weren’t ordinary blisters. These were the sort of blisters legends were made of. Where feet had metamorphosed into the ugliest of creatures. Where toe nails were raised and catapulted across rooms.

Often these hidden killers expanded in secrecy, hiding in shoes, waiting in silence until rest time. Sometimes they surfaced in bars where unsuspecting pilgrims sat making small talk with new friends, drinking beer and vino tinto, but when socks were removed the horror began. Where the surface became raised and discoloured after the irritation had been ignored for too long. Where the skin had receded over bony protrusions and strangers fainted as they glimpsed tendons and flesh.

Upon sighting some of these blisters our mouths would drop open and a shadow of gloom would pass through our day; we would grasp our drinks in desperation; hoping to wash away the memories – all the while knowing that the future was grim for those who bore those gaping wounds. Clearly we were thankful at the end that we had not succumbed to such horrors. But, some things can never be unseen! 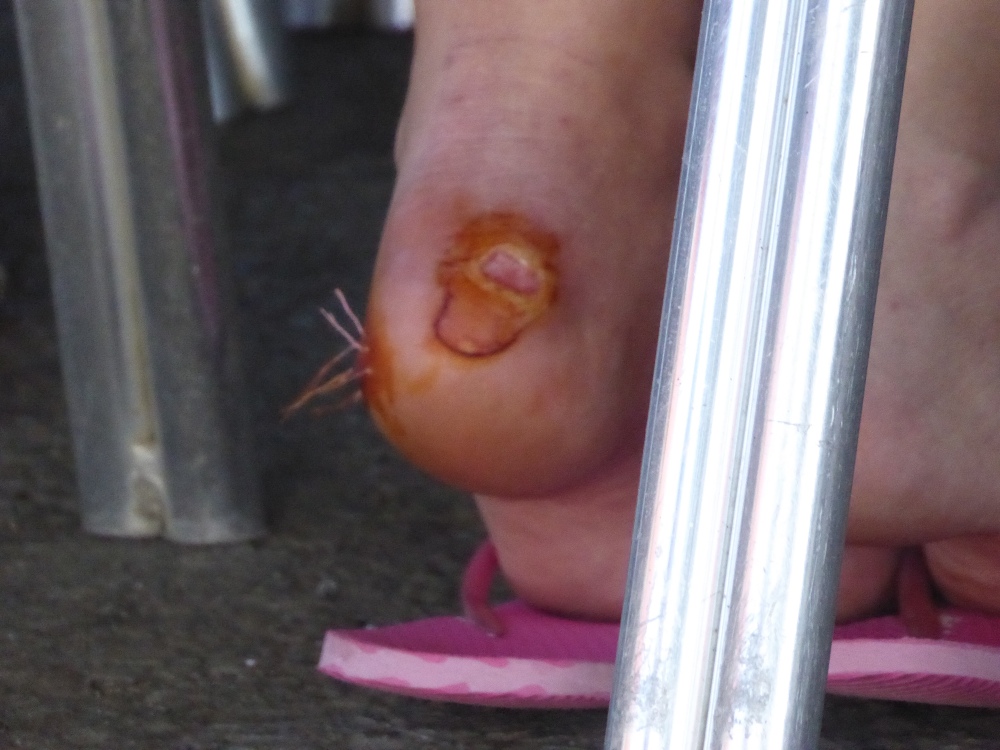 We also remember the characters from every continent and beyond. The laughter and jokes that transcended languages. The wine, the beer. (The free pour gin and tonics!) Where people stopped by the road and offered help when we looked down and exhausted.

We remember the Frenchman with the nice ass; our friends breaking fifty k’s to drink wine with us; the pilgrim dogs and their transport; the laughter and the friendship at every turn. 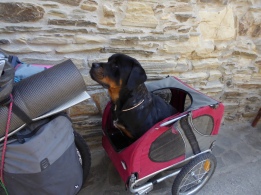 How often could you share a meal with people from all corners of the globe? From Spain and France of course, but also from Iceland, Mexico, Romania, Poland, the US, Ireland and Japan? Let there be no doubt the people we met along the way brought great joy to our days. Some will stay friends for life! There may well be magic on that there camino. 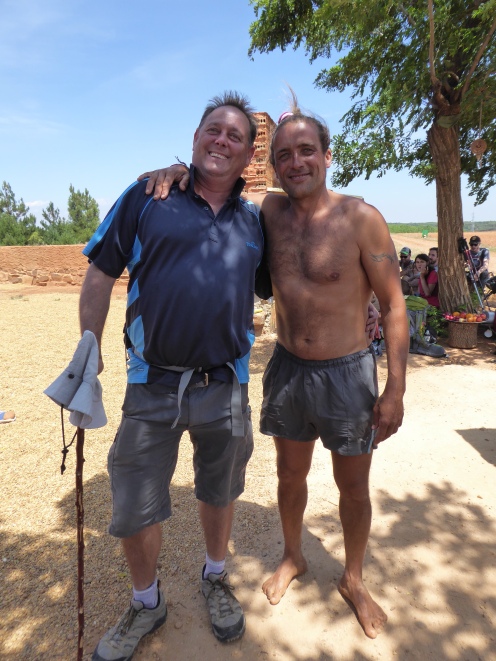 There was no daily grind to work, no chores, no house cleaning. Each day was an opportunity to breath in the open vistas, to clear our minds with walking meditations. To bounce life’s purpose off total strangers and to focus on nothing but the pain in our feet and the next destination. 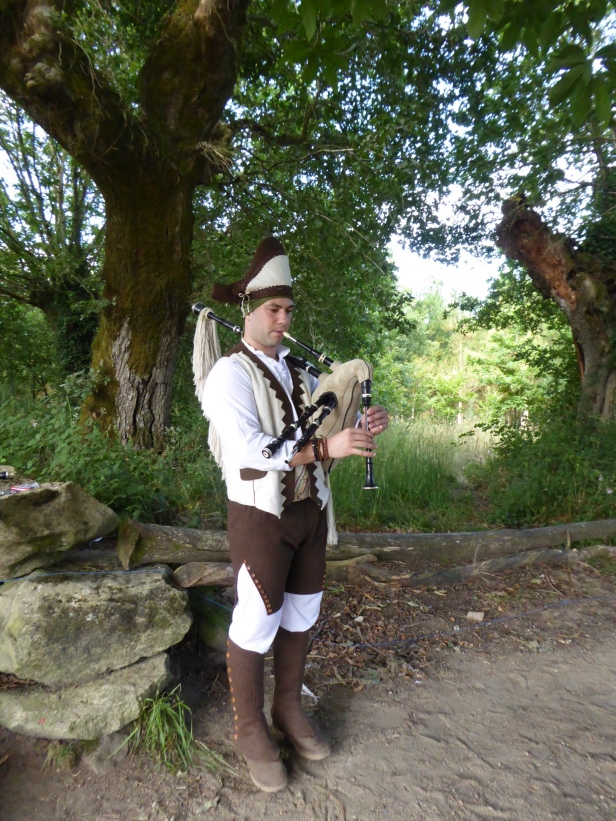 There were other challenges, like managing finances, finding food and a bed when towns were closed or when albergues were full. At times we had to walk on in the heat. Sadly, the biggest of challenges came when dreadful news arrived from home; news of illness and accidents. Where survivor guilt kicked in and we felt guilty for feeling so free and alive.

Thankfully though, there were more moments of great joy. I often smiled as I walked for no particular reason. It was hard not to. What a wonderful opportunity to breath the country in, to cross mountains and plains and feel how small the world is. How lucky we are to be able to walk this journey.  We have experienced great pain and loss in our own lives and we know that each day needs to be lived.

But how could we not be drawn back to this grand adventure? How many places in the world provide the opportunity to walk for hours laden with gear in pack; through all sorts of weather and terrain;  all the while knowing that the village ahead might just provide a bunk in a room filled with snorers and snorters from all over the world?  Such joy cannot be explained!

We have heard the call. And so we will return again! Join us on our adventure.