I know you think I’m travelling solo but really you get to know so many people on the camino and I have been travelling with my old German friends actually. Well at least I told them they were the old Germans. But they’re not the only Germans in the village you know. Don’t forget I have a new German friend from the coastal Portuguese camino.

Anyway we have all been wondering if anyone is left in Germany again. If they are not on the Camino Ingles then they must be on the Camino Portugués. But that’s alright because most of them are nice germans. But even the Germans are sick of the Germans. Especially Fräulein who likes to visit other countries and meet people from different countries. Anyway to cut a long story short I’m on my own – my pat Malone! Yep off I went into the dark again.

A little confusing to start as council are repairing the walking bridge and the camino arrows directed me to the new bridge but then I saw locals walking across the old bridge. Didnt matter really I got over the river and that’s all that really mattered. Today I was looking forward to a night in a hotel at Caldas del reis which is famous for hot springs. Or at least it was famous back in the Middle Ages. It still has hot springs though so I thought I’d shout myself a quiet night in the only hotel in town that had hot water in its outdoor pool. 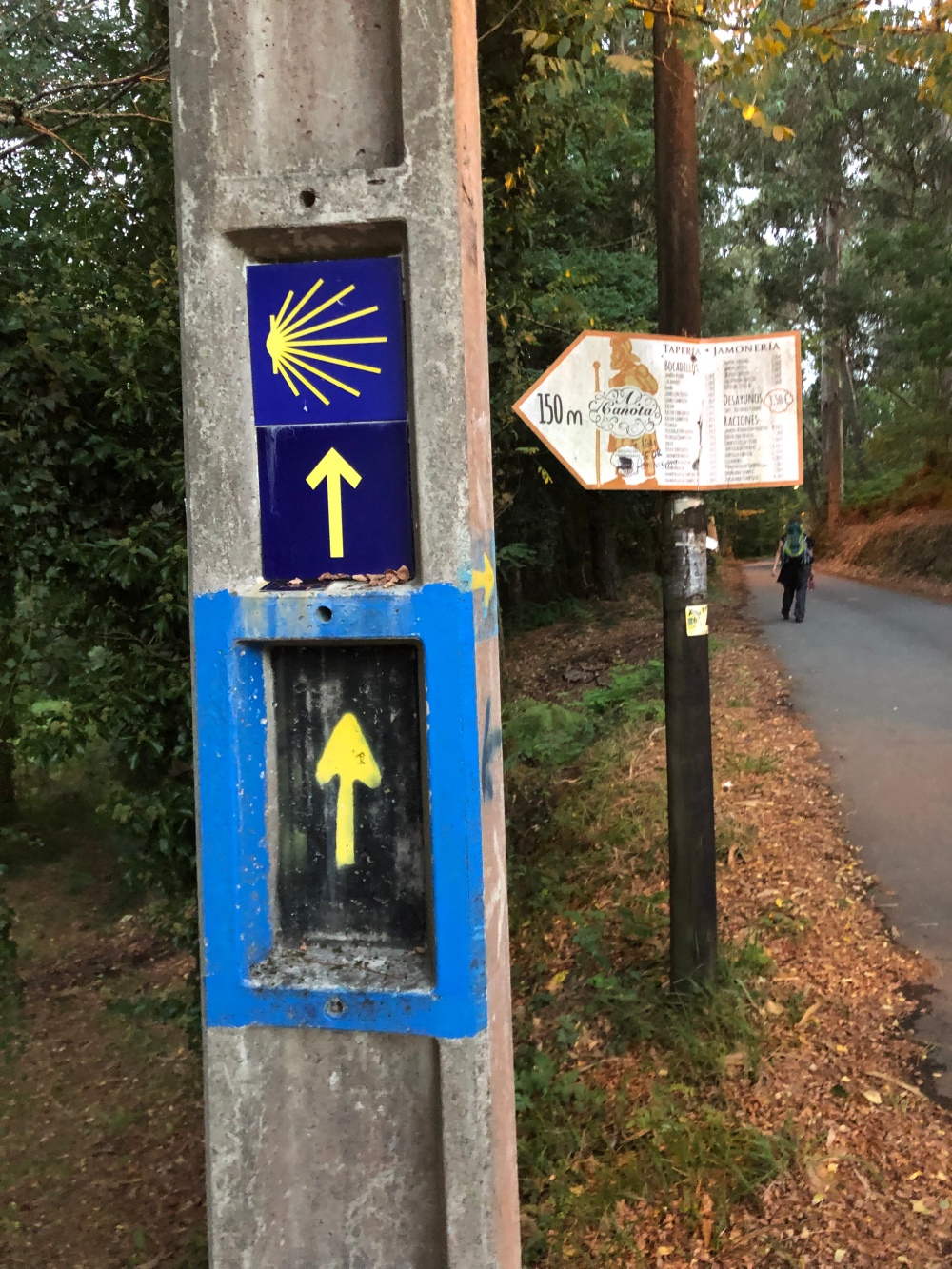 Anyway I tagged along with some other pilgrims as I went off into the dark and as luck would have it virtual crowds started pouring out of Pontevedra this morning so I only needed to bypass one dark stretch before daybreak.

It wasn’t long before hoards of pilgrims started overtaking me as I methodically put one foot in front of the other and made my way out of the city.

I eventually arrived at a very busy cafe and moved to another a little further on. This was a good move. First the Arizonian pulled into the cafe shortly after I had put my feet up then the Old Young One arrived ready to go on her way. I sat and ate a bacon and egg bocadillo for the first time this camino. It was good. It was very good! 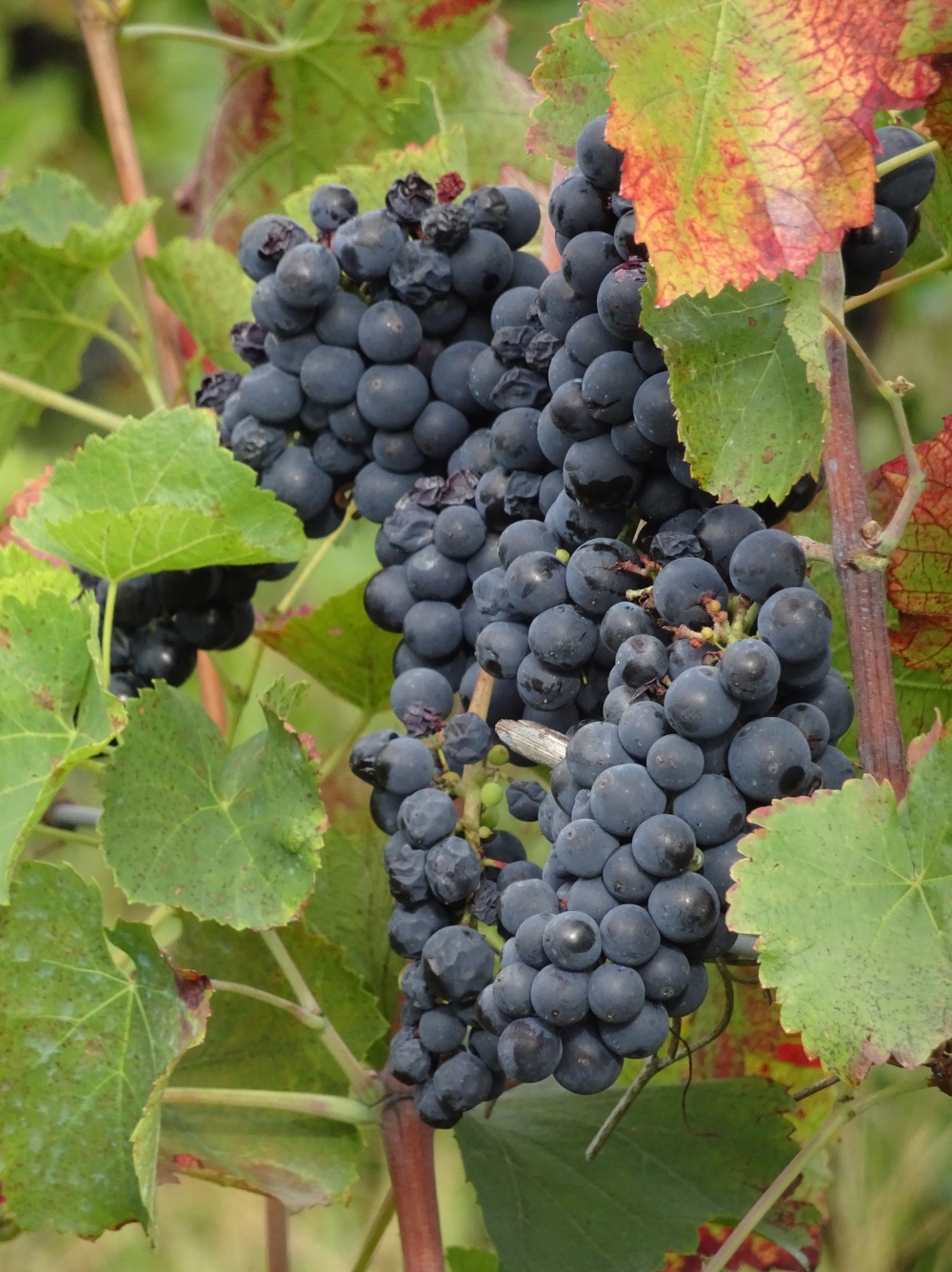 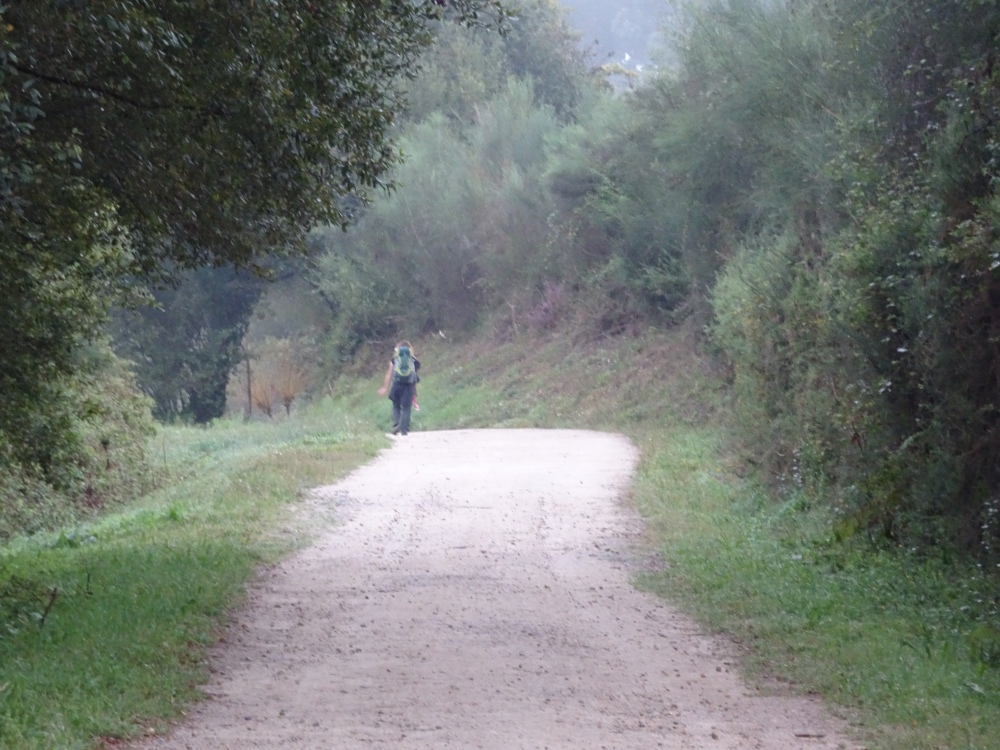 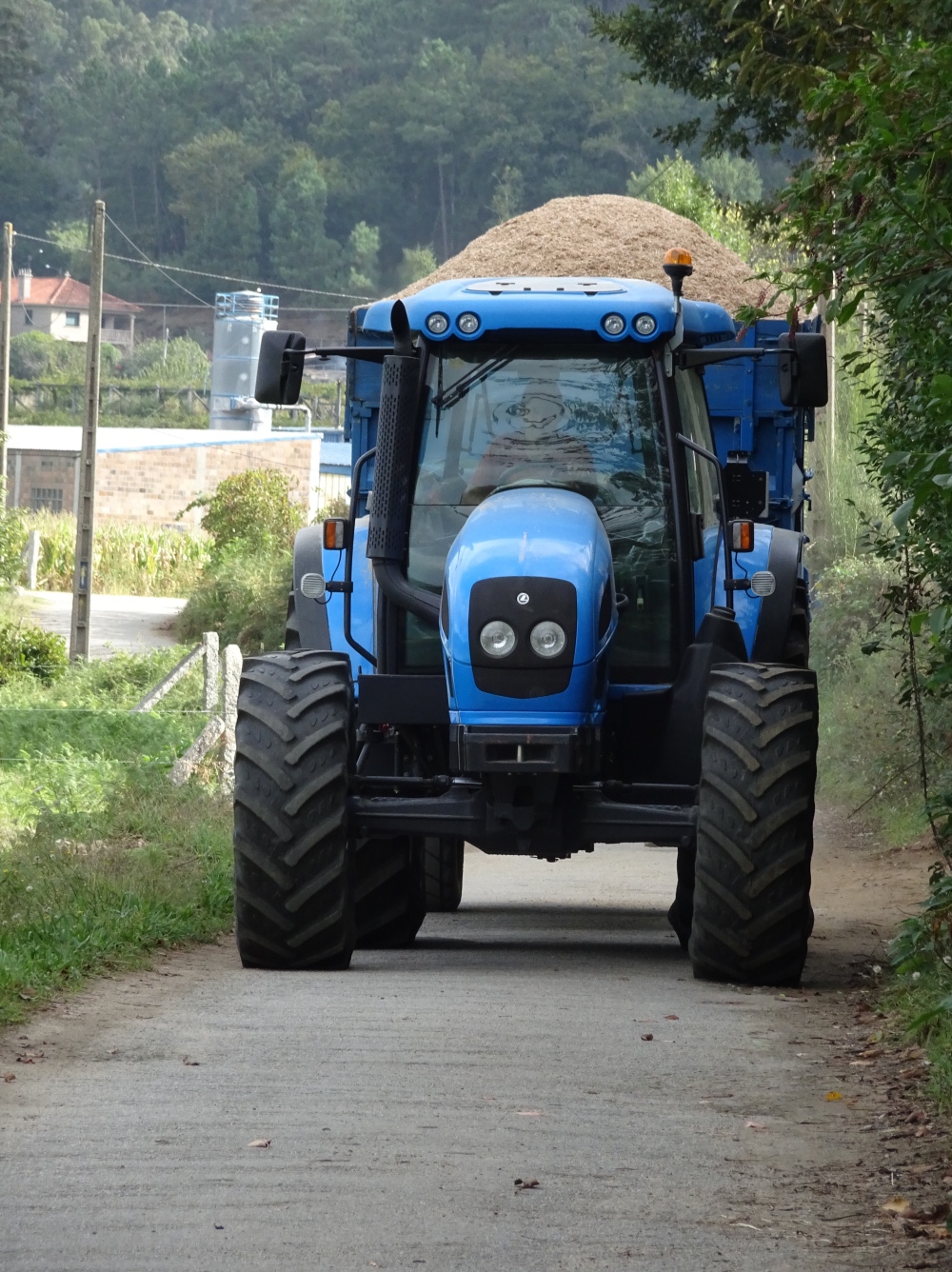 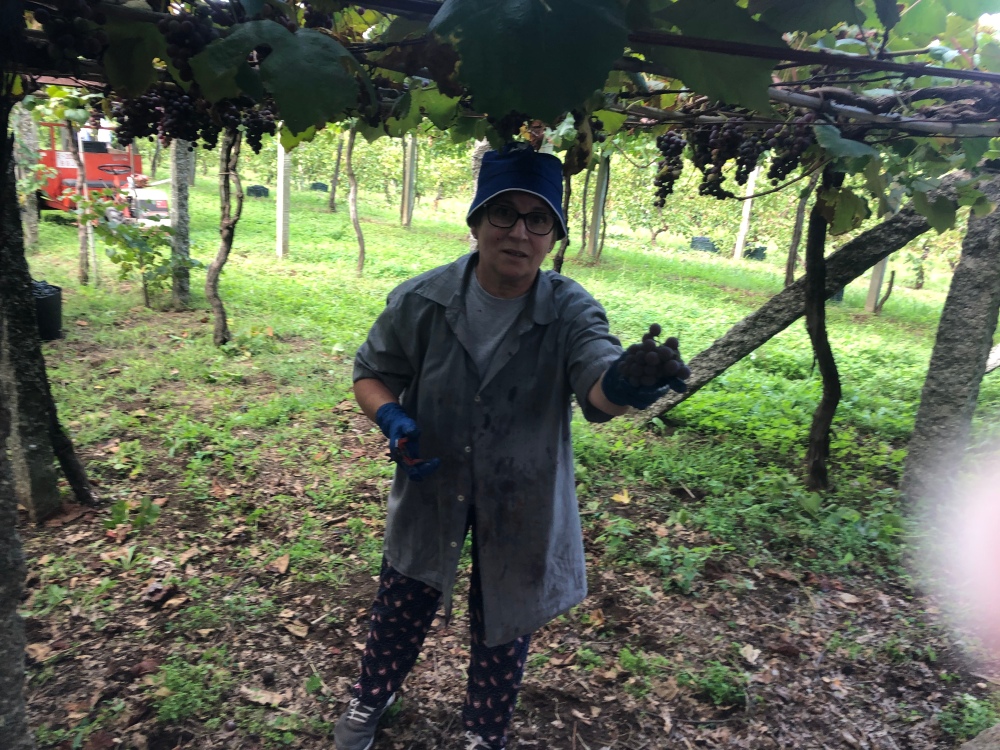 I was walking along at one point through the vineyards when a lady popped out from under a vine and handed me a bunch of grapes! They were the nicest grapes I’ve ever tasted and I walked along very happy after that.

A while later I caught up with the Other Young Danes or should I say they caught up with me. We played leap frog for a while but eventually they went ahead and we agreed to meet at my hotel to decide on somewhere for dinner.

Little did I know exactly what my hotel would look like!

Anyway I arrived exhausted, thirsty and hungry and after being given the key I went straight up the very modern lift to a very old hotel room. It had no air conditioner ! I went straight back down and asked to change rooms but the man said sorry we don’t have aire conditioner! Well that was a bummer. I asked “Fan?” “Yes fan i bring you one.” So I went to eat and ordered the only sensible things on the menu. A fanta on ice and spicy meat and potatoes.

After shovelling down as much as I could I went to check out the pool that just happened to be surrounded by unmowed lawn. I had forgotten the spanish pool system that I discovered in Najera but there sat the life guard ready to watch my every move should I venture into the warm pool! Besides I had forgotten my swimming cup! 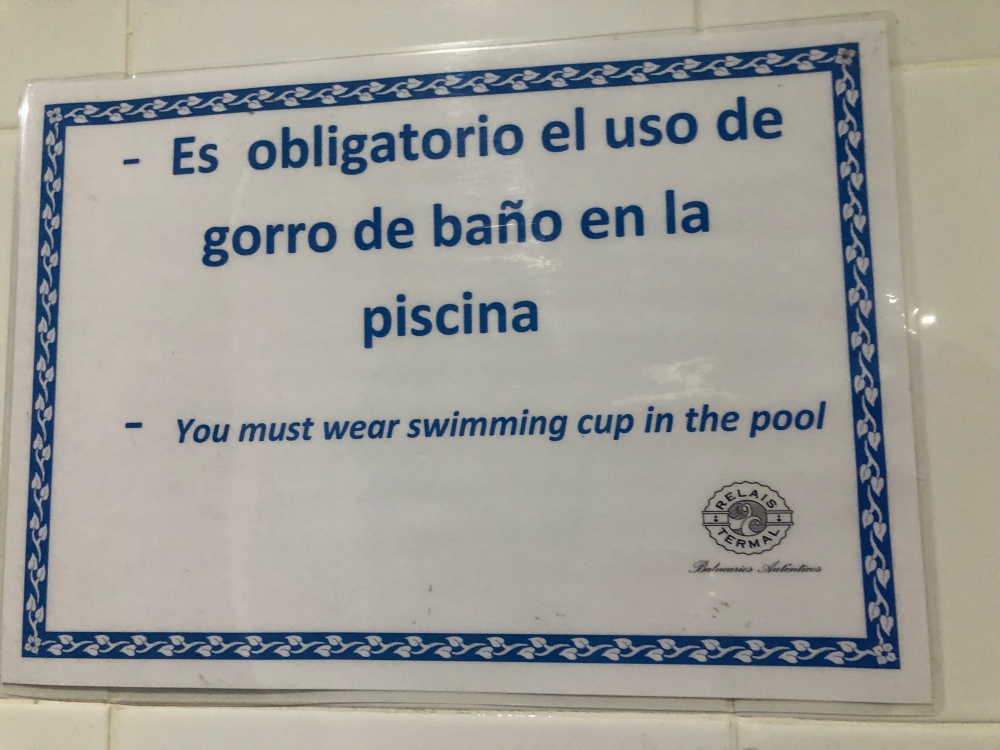 It was not appealing! The spa area looked and smelt old and in any event there were no available bookings for me to have my feet treated. 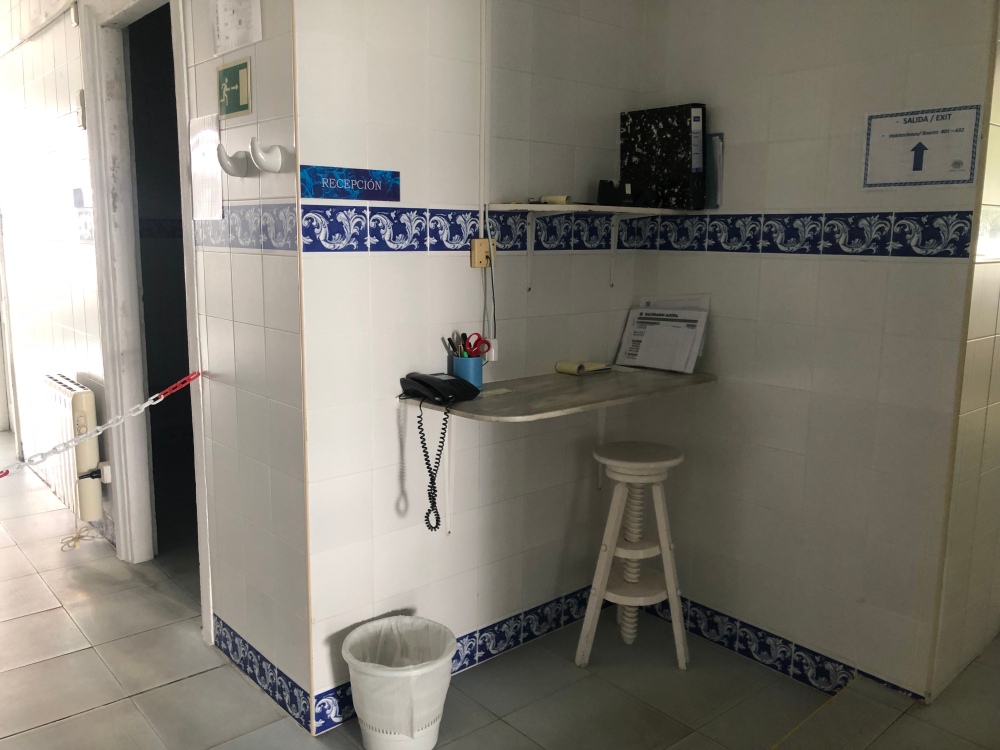 I went back to my room and discovered an industrial strength fan had been strategically placed facing my bed! Wonderful – I could dry my clothes! 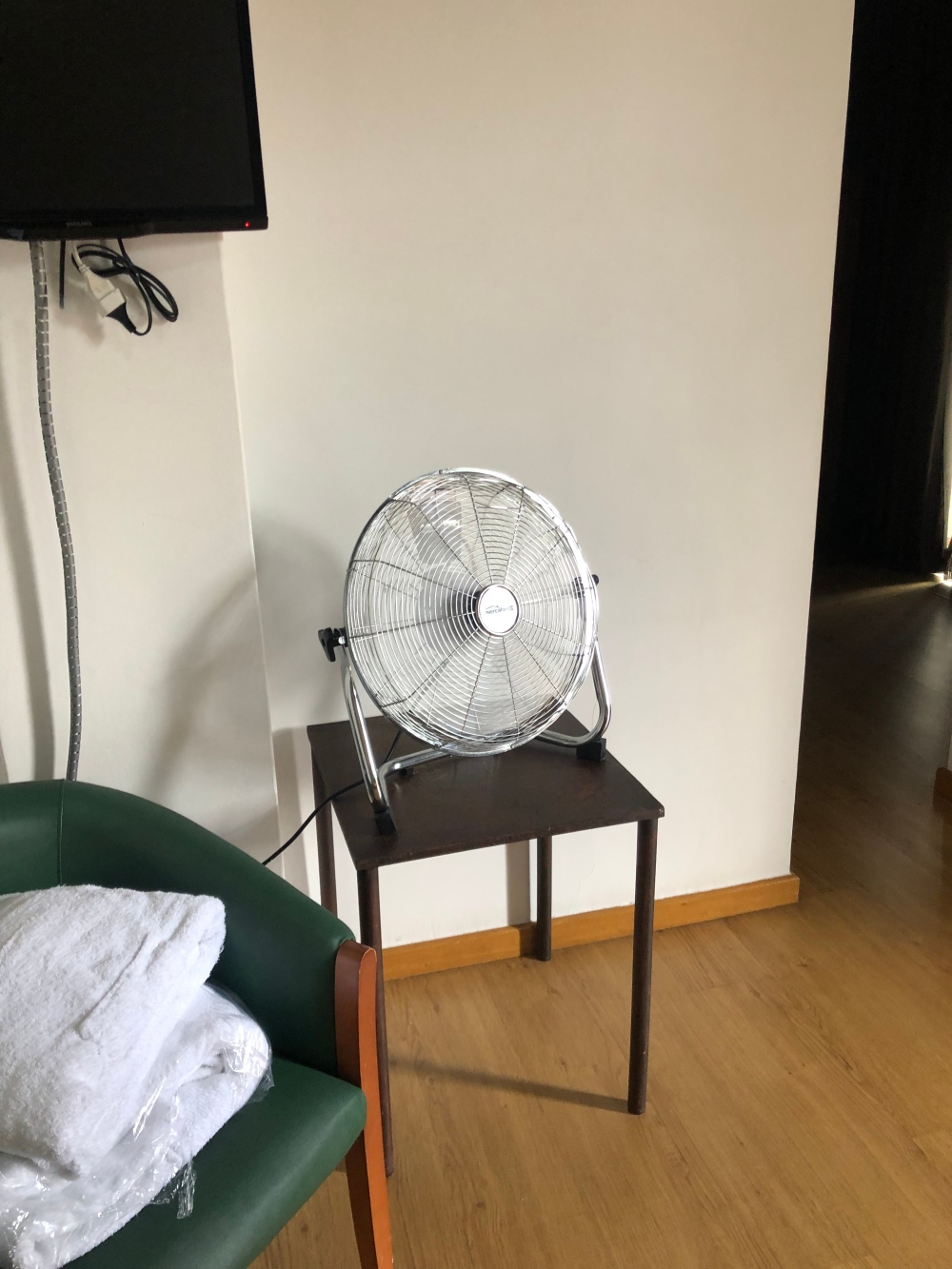 I met the Other Young danes at the agreed time of 7 and was led to a bar that served very nice food thank you very much. We had a guacamole dip and tacos for starters and we enjoyed enjoyed a stir fry for mains as well. 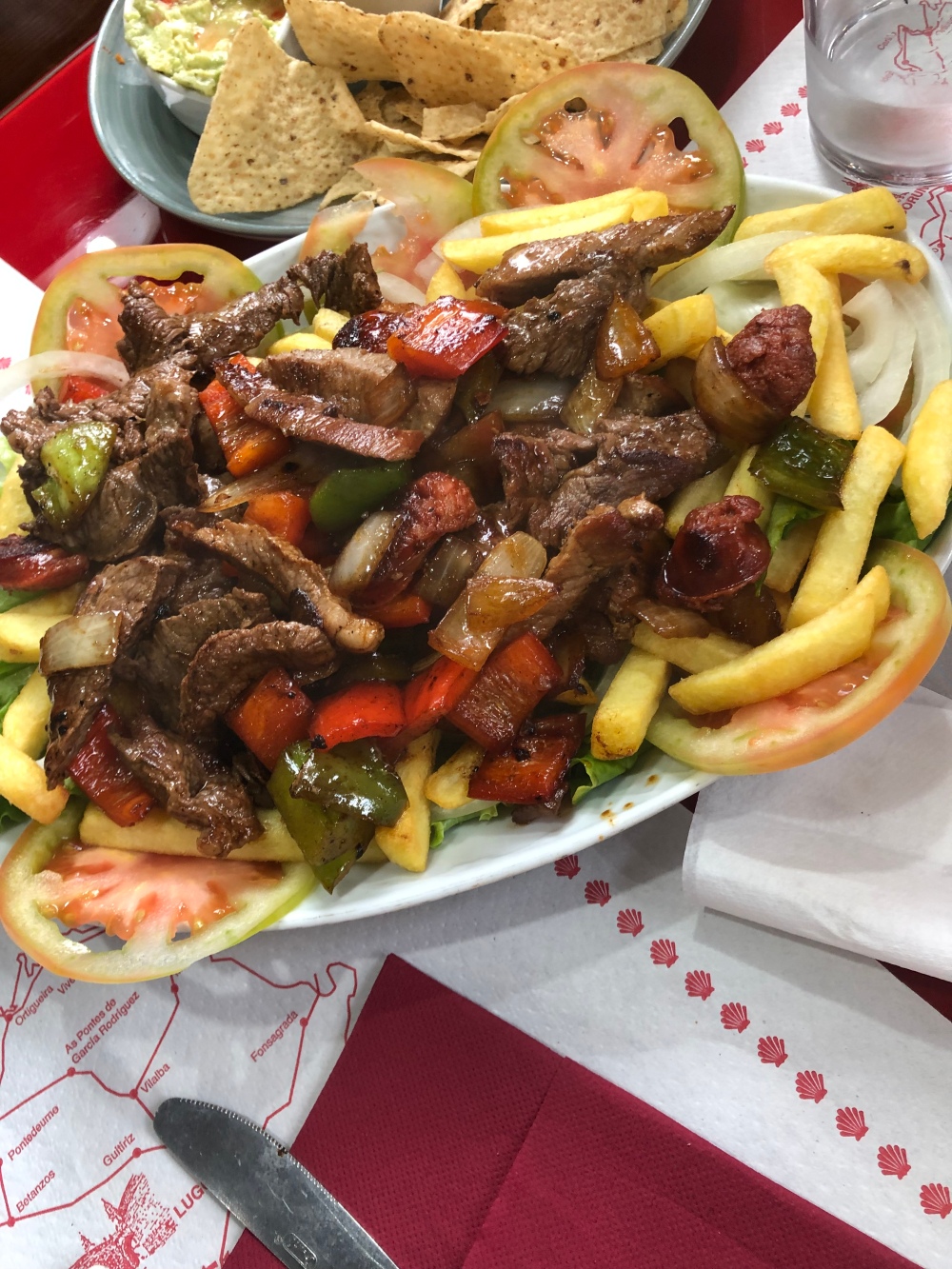 I went back to the hotel and felt like I was going back in time in a movie set. I went to sleep easily and dreamt of being home in my comfy bed snuggled up to my beloved!

Oh the joys of travel and luxurious spa accommodation.