Rubais to Tui was actually a lovely day. Sure, there was a dash of rain at the beginning but not too much really. Just enough to get us hot and sweaty putting raincoats on and then taking them off. The big event for today of course was going to be walking back into Spain. Not quite as spectacular as the Pyrenees but an event to be cherished for anyone born and bred in a country surrounded by water. There’ll be no walking into any of our neighbours for a cup of tea! 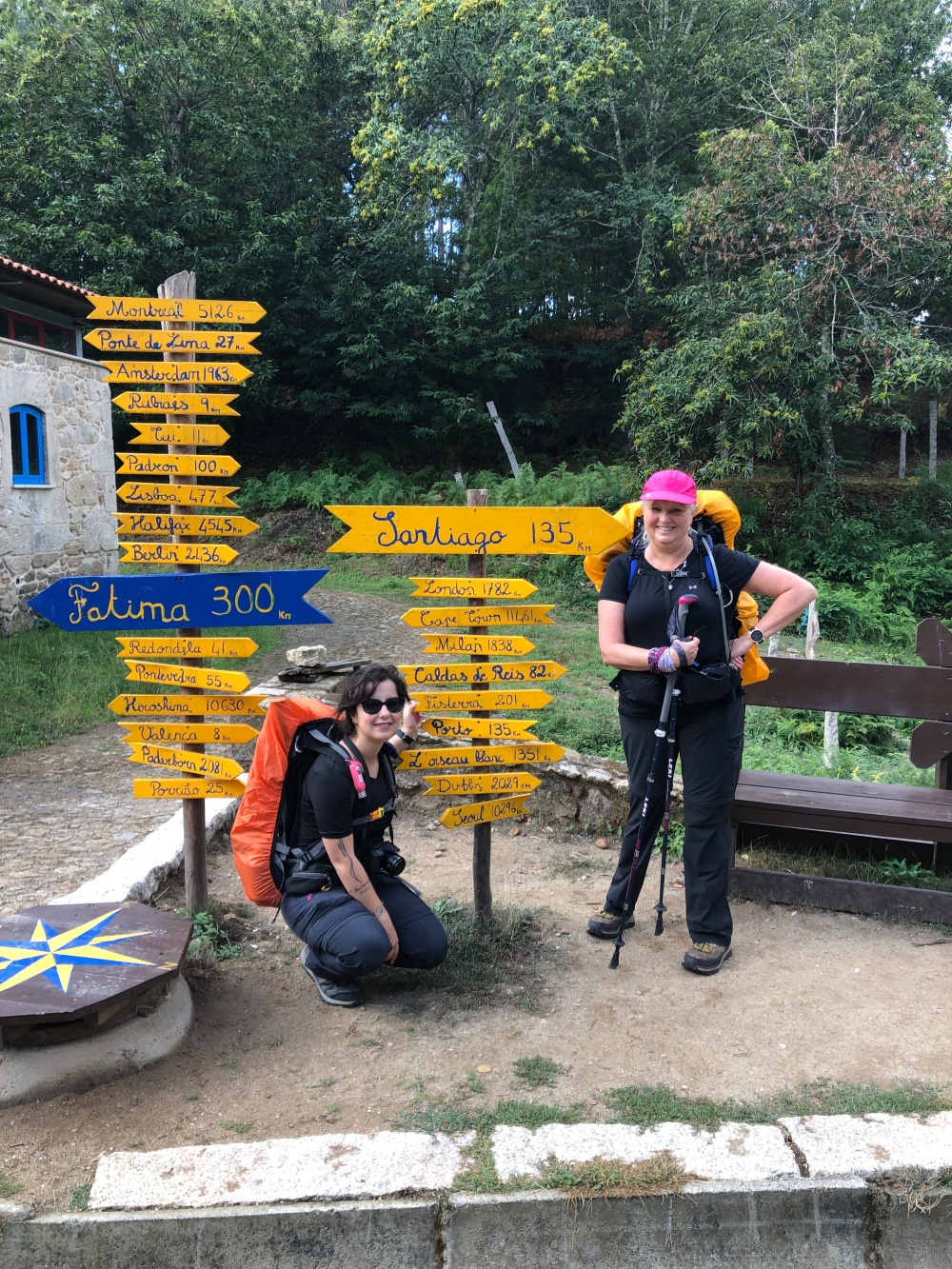 For me the walk was a little mundane to start with although the border town of Valença on the Portuguese side was an unexpected pleasure. 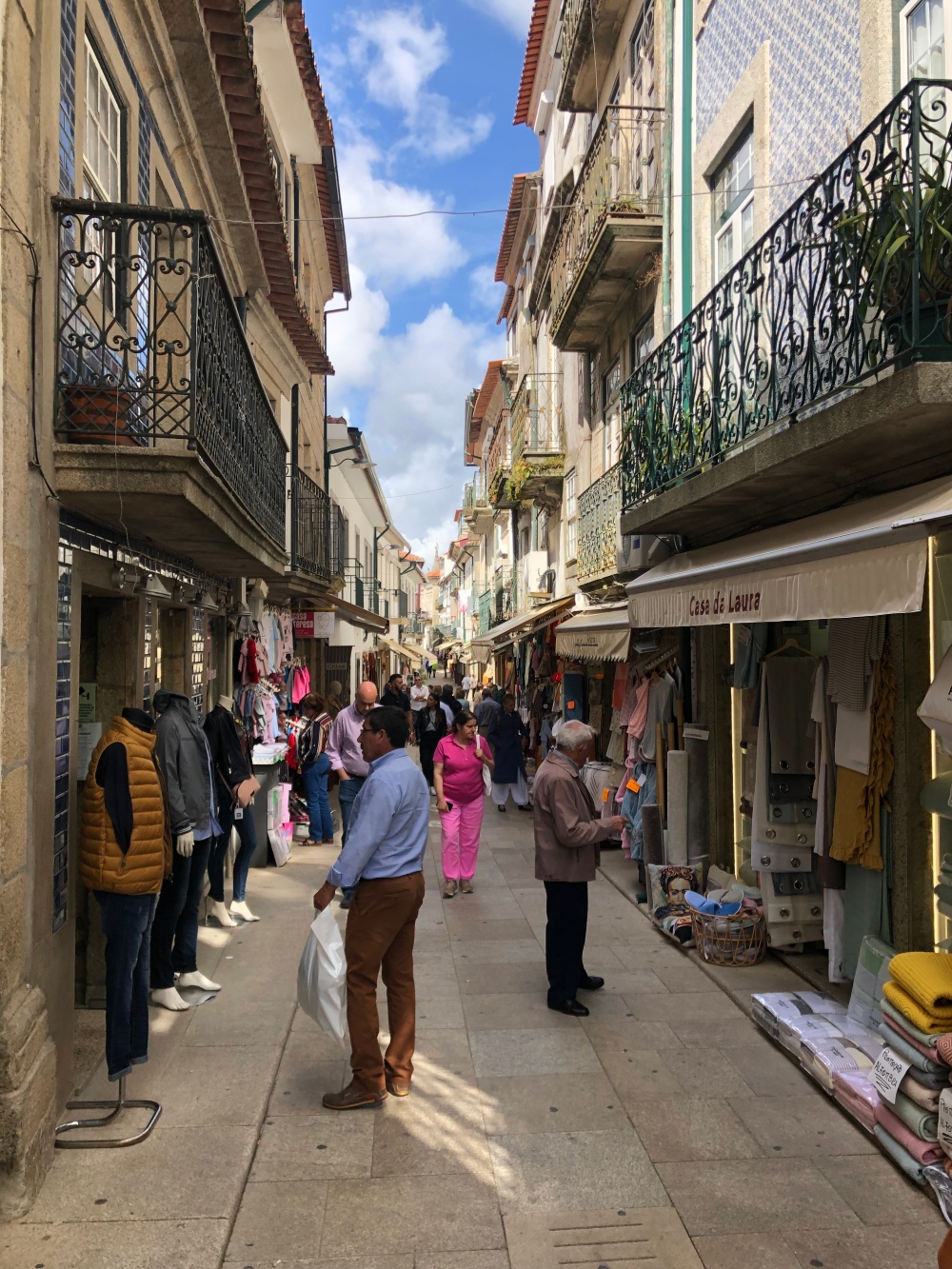 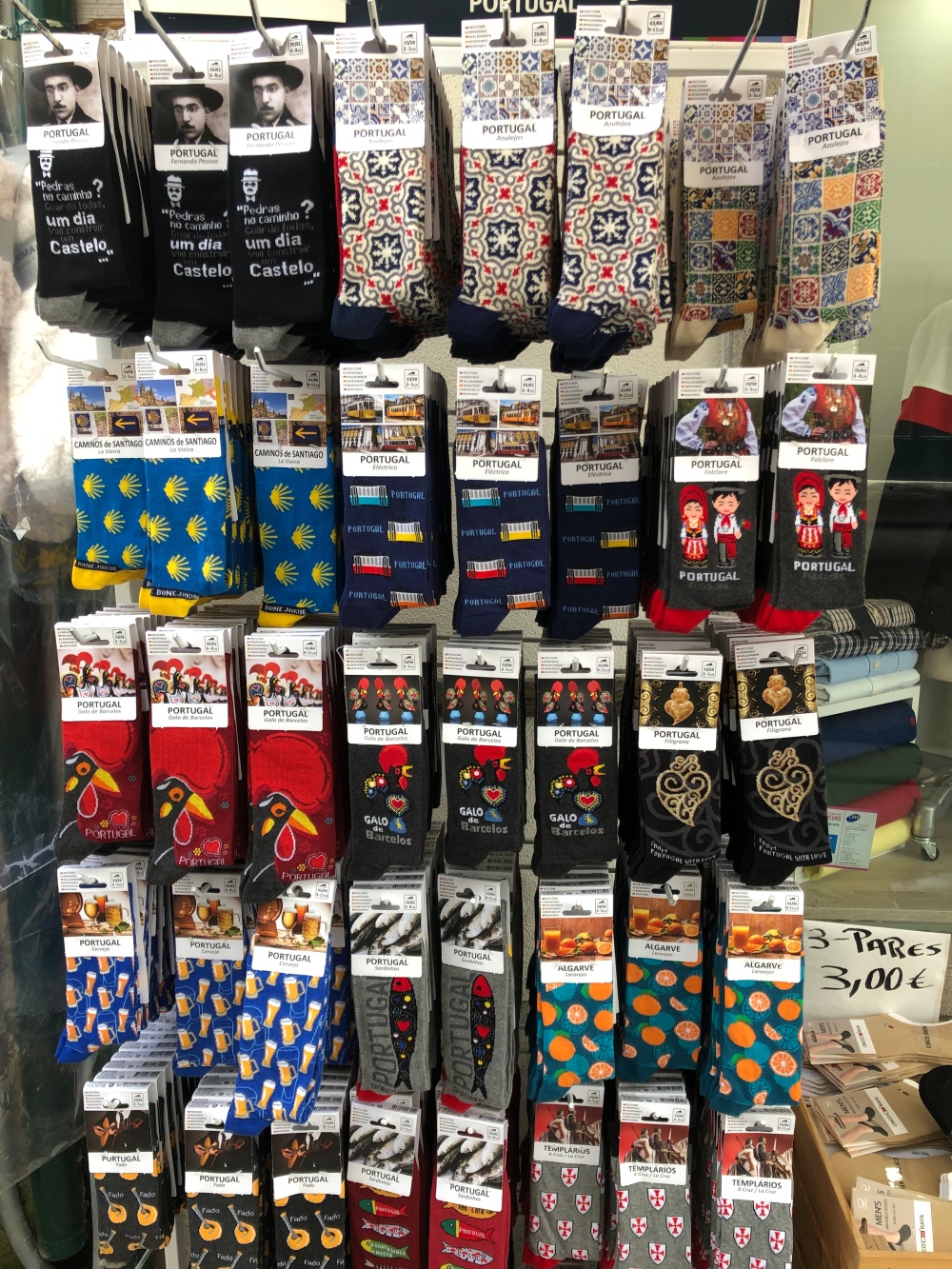 I would have liked to have spent more time there but I also wanted to get my boots and pack off so I kept following the arrows until I finally found the bridge that crossed the border river. Just as I made it there the Old Young One arrived and we stood over the border before wandering on to Tui in Spain. 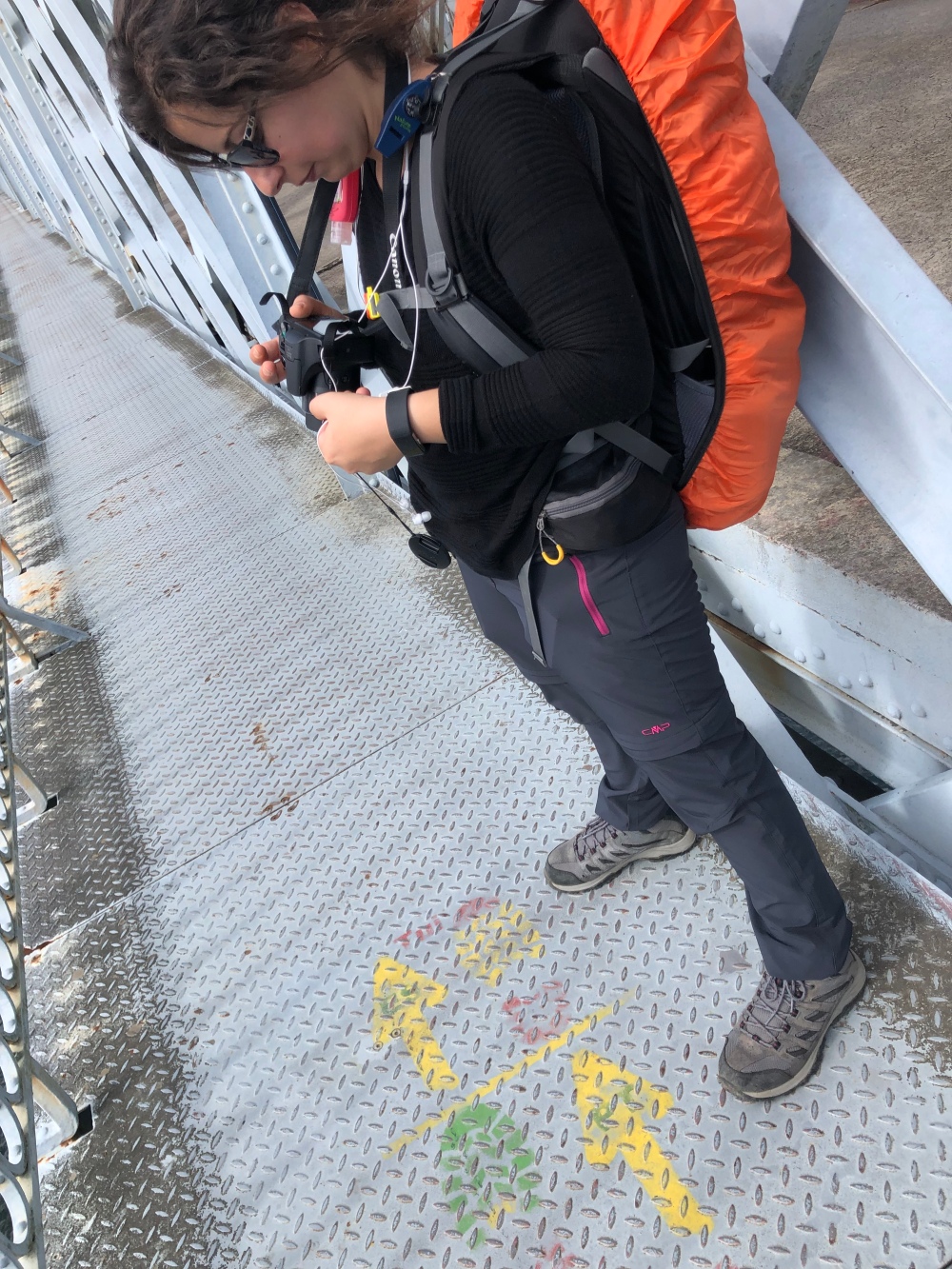 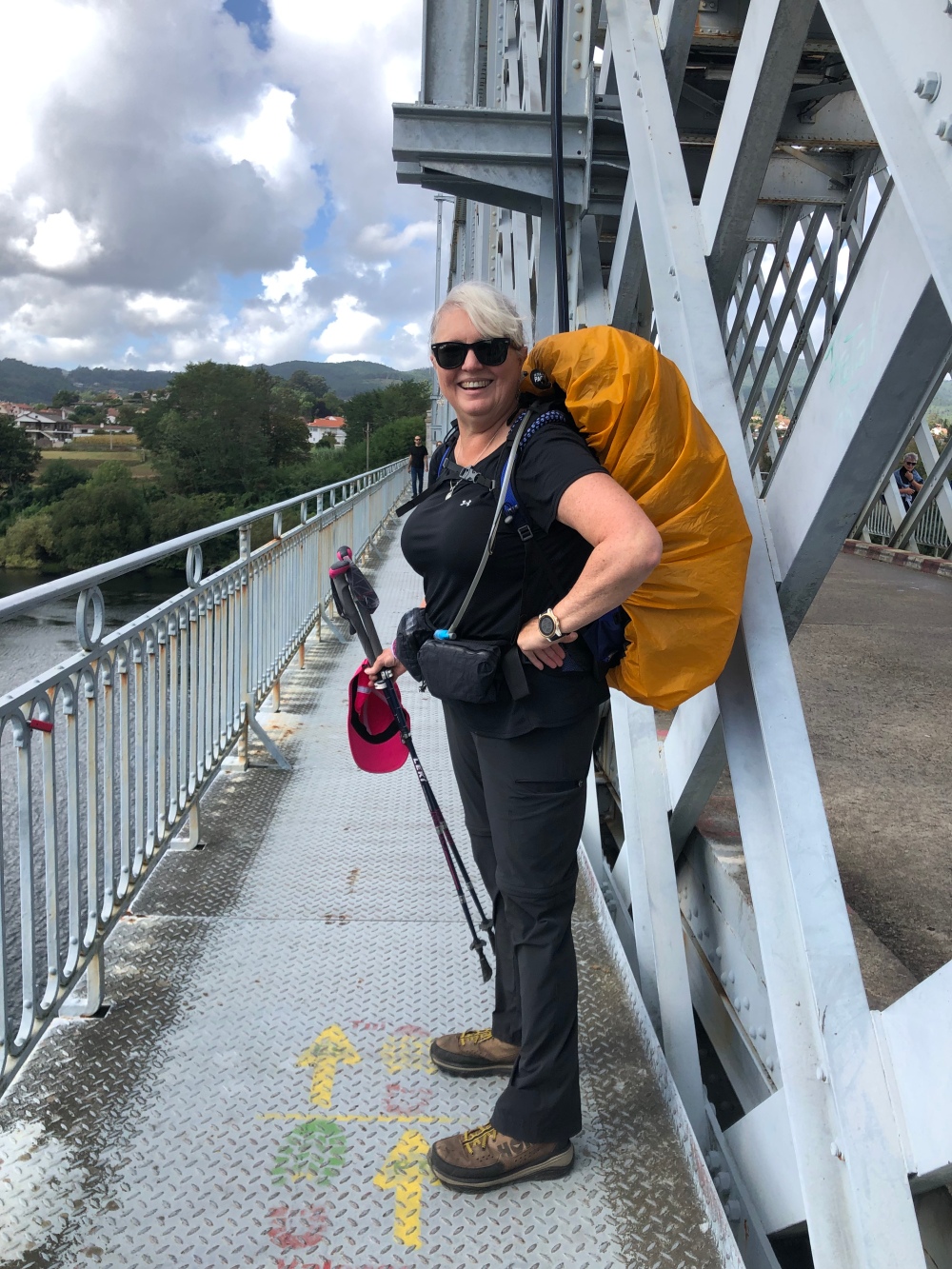 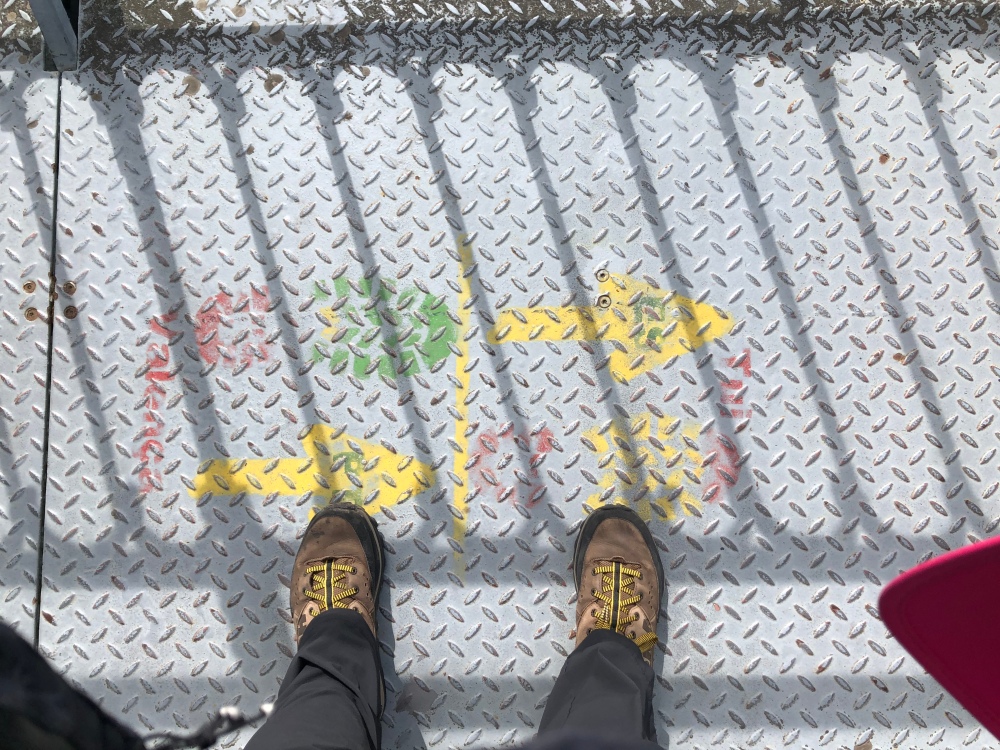 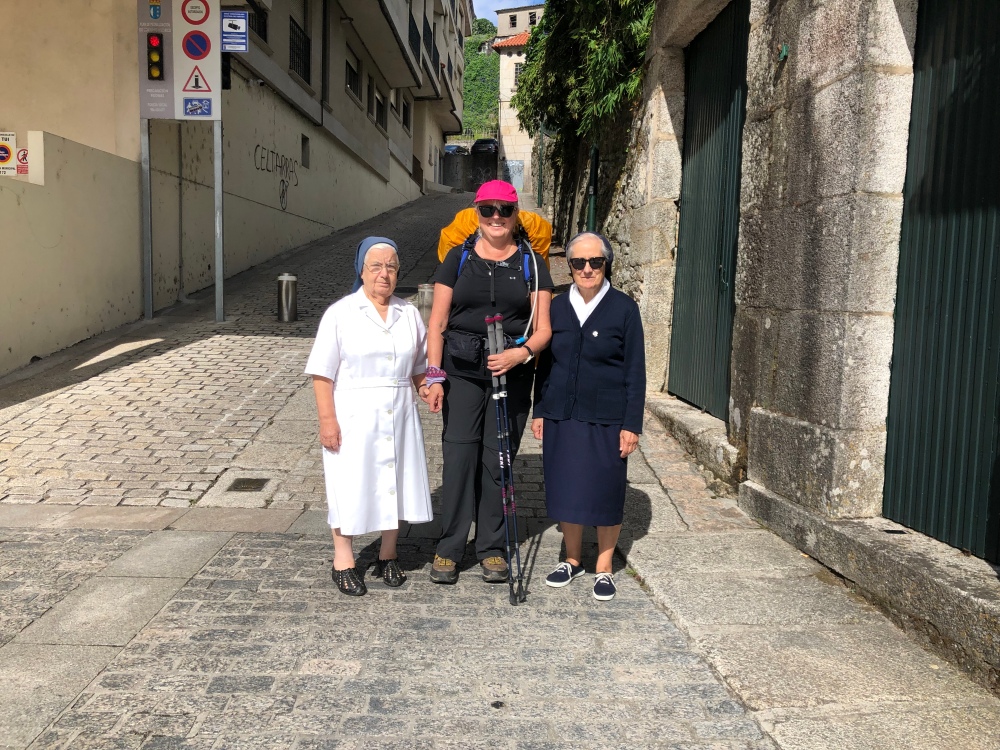 Just as we were about to head up the hill into the old city two little nuns came wandering down the hill. They were thrilled I could speak spanish and asked us to pray for them in santiago and give saint james a hug for them. I didnt have the heart (or the vocabulary) to tell them that I thought Saint James was on holiday while the Cathedral is being renovated and that we would probably not be able to give him the hug.

Anyway we walked up up up and met a man who told us to go down down down and follow the road for the quickest way to our convent albergue.

We were met with a wonderful welcome and shown to our room in the converted convent. As luck would have it there we met the real Mary! Mary had a very sore knee and was heading home to the States a day or two later but was happy to join the Fräulein and I for dinner. 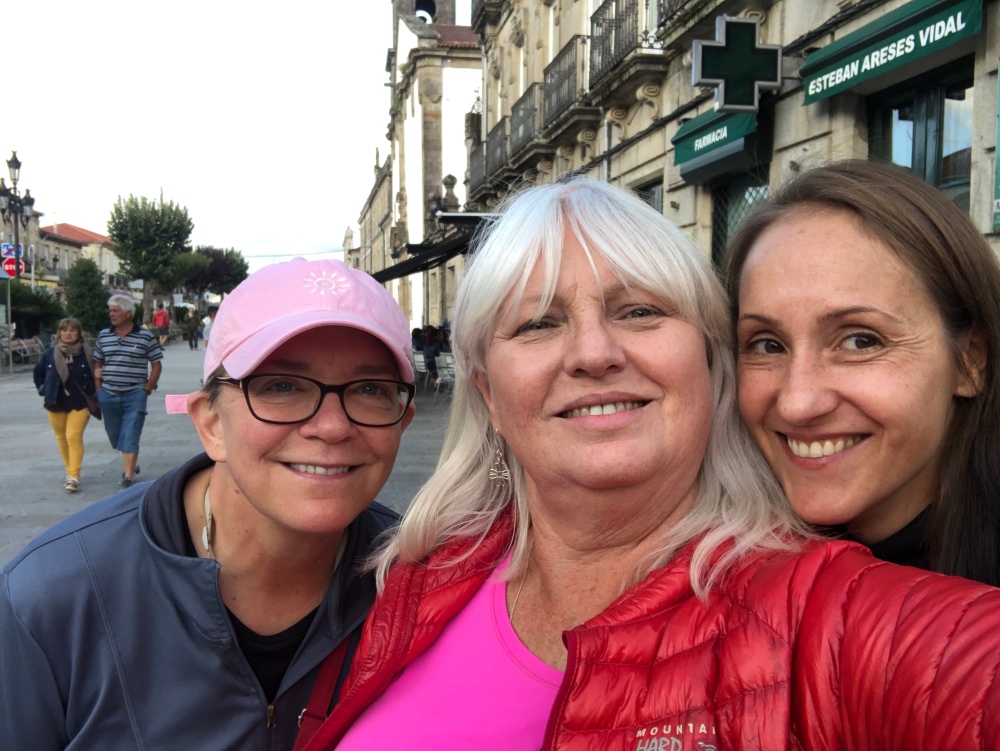 Whilst waiting for dinner our Canadian friends from Matosinhos kindly dropped in to say gday. No they didnt! Who am I kidding. Canadians don’t say gday – only us Aussies drop the double oo’s but sadly they did say goodbye. They were having a rest day and it was unlikely we would see them again – a happy farewell none the less.

So we headed up up up to the cathedral where all the pilgrims gather and there I heard hello Australian lady and it was one of the Madrileno men who had walked up the waterfall with us. We were also joined by Fräuleins friends from the States and the Other Young Danes dropped in at the end of the night. The old Young one ate closer to home as she heard there was a party going on near the convent but Fräulein and I had felt the wrath of the nuns last year in the convent at Carrion and felt it was best to stay away!

We enjoyed the Real Mary’s company although it might have been a little difficult if I had been required to say “just call me Mary” whilst in Tui! I might have had to change my name to Pedro or something !