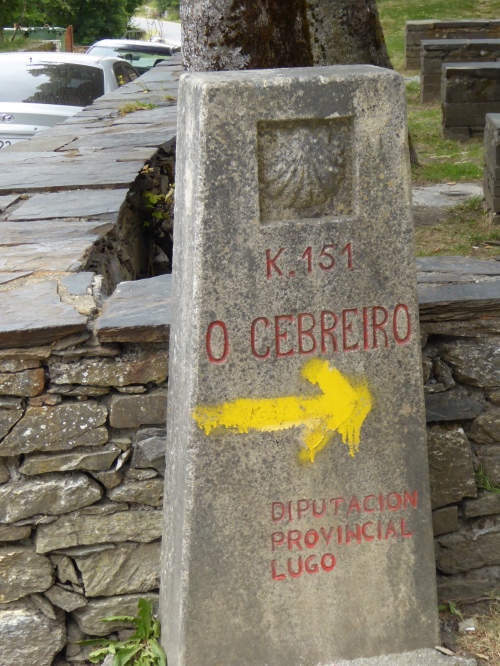 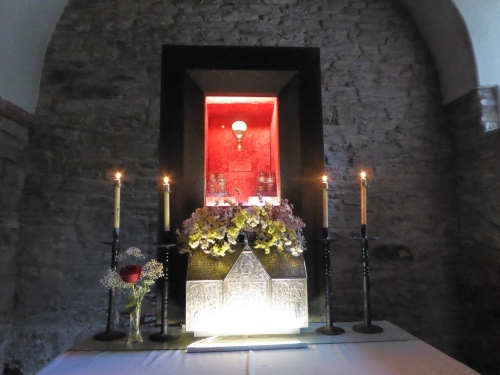 “O’Cebreiro, don’t you cry for me I come from Los Herrieras with, and bandage on my knee!” Well, not really – just a bit of kinsiology tape actually. But I couldnt stop singing stupid songs in my head.

We left a bit late knowing we weren’t going far and knowing it was a bit cooler. We passed a cow that had been crying all night. We both concluded someone had abducted her child. 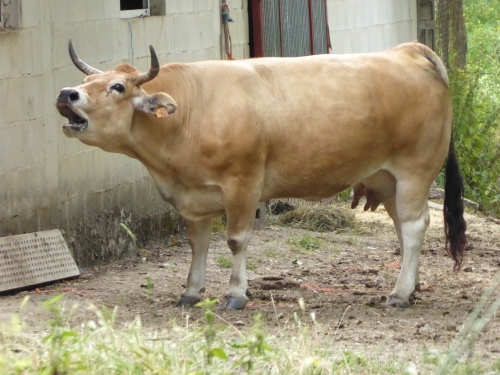 Just before we started meandering up there were plenty of spots to soak those feet in the river – ironic? They (the feet) weren’t in pain yet, I wasn’t even hot. The temperature was probably in the early teens as we left today maybe even under 10 degrees – it was actually chilly. Husband had a cup of tea and a juice and thought he would walk a little way and see how he goes. He still felt a bit ill from the heatwave. We went past the horse taxi’s I had been seeing the signs for. There was a line up of pilgrims sitting around waiting for the lift. My beloved soldiered on. We saw a great bunch of chickens and a very handsome rooster too. 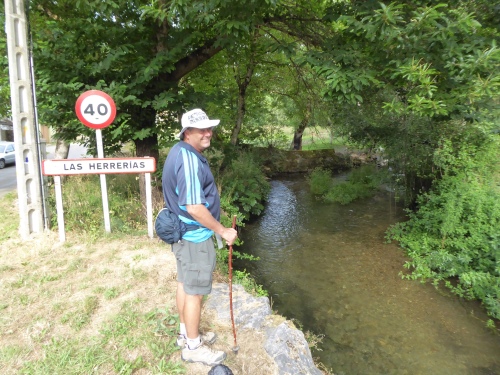 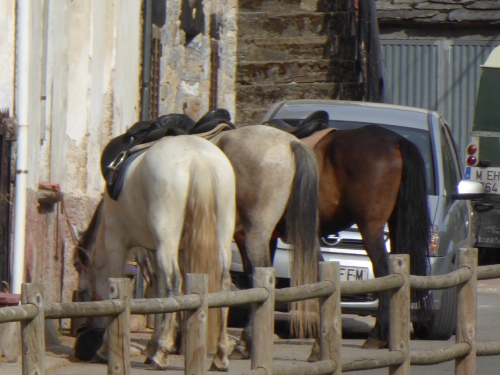 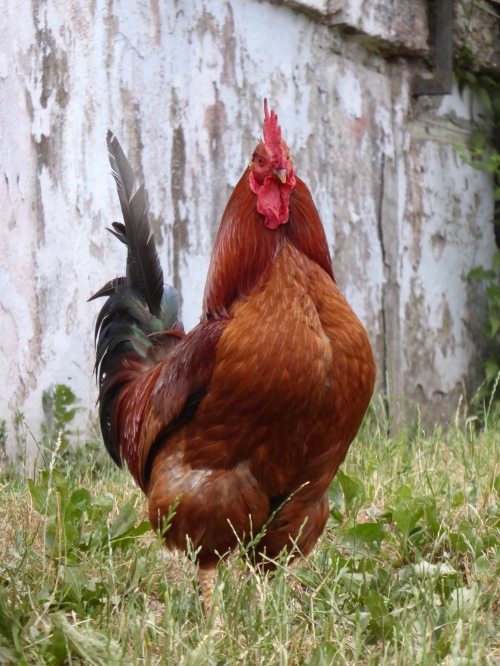 We started going up. We went up. Did I mention we went up? Yep so we kept going up. My heel and my knees didn’t hurt nearly as much going up (some days). I felt a great sense of achievement going up again. I am strong. I am fast. Not really but it felt like I was at times. I did take my own advice when we reached the first 2km stop. I ducked my head under the water fountain and sat back and enjoyed the breeze. We watched the horses go by. The shop owner came out and told a couple of young men not to dip their head in the trough “No sanitario – horses, dogs”. It was funny watching the horses come up to the trough after that. A little further up – at another trough I saw a dog in the trough having a drink. Glad I only stick my head under the running taps! 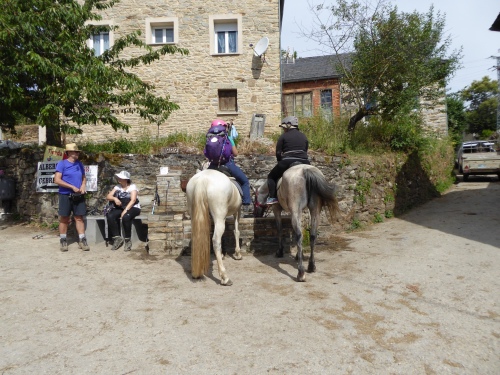 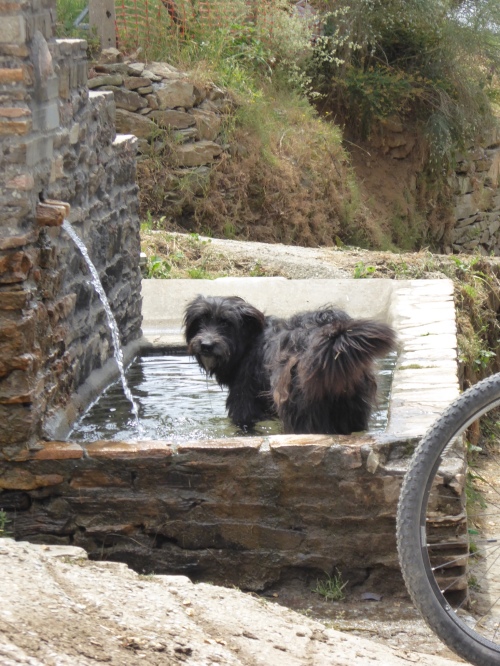 Also saw Marten’s cousin while we were going up. Still think our friend the Frenchman Anthony has the best looking ass! 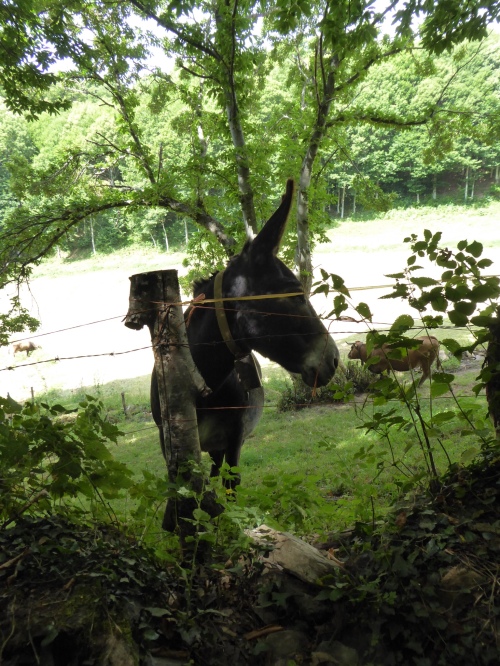 Finally we reached O’Cebreiro. This place is special. Apart from being up very old and beautiful it is also very high and therefore quite cool, it is famous in religious terms and in Camino terms. In Camino terms the 1980s saw the local priest as the man who started painting the yellow arrows that mark the trail. In religious terms this is where the Spanish keep their Holy Grail. Now, if you’re like me, you might be wondering what’s going on here? I thought the Holy Grail was lost too. Think of all the movies made assuming its been lost also. Monty Python, DaVinci Code, and I think even Harrison Ford mentioned it in Raiders of the Lost Ark (or maybe not). To us it is said to be the cup that Jesus drank out of at the Last Supper. But we have learned that there is another cup! Yep that’s right – another “Holy Grail”.

Legend has it that a peasant man battled a terrific storm to attend Mass in O’Cebreiro. The Priest or Monk who was holding the service ridiculed the peasant for risking his life just to attend Mass. Lets call this clergyman a doubting Thomas. During the service, a miracle occured and the bread and wine actually turned into the flesh and blood of Jesus. The cup (the Holy Grail) has been kept here ever since. Now we have a photo of it. So there you go. This place is really special.

This is also where we first saw a pilgrim carrying a Jesus on a stick. We still don’t know the significance of this but we did find it interesting to see how serious this pilgrimage is in historic terms for some. 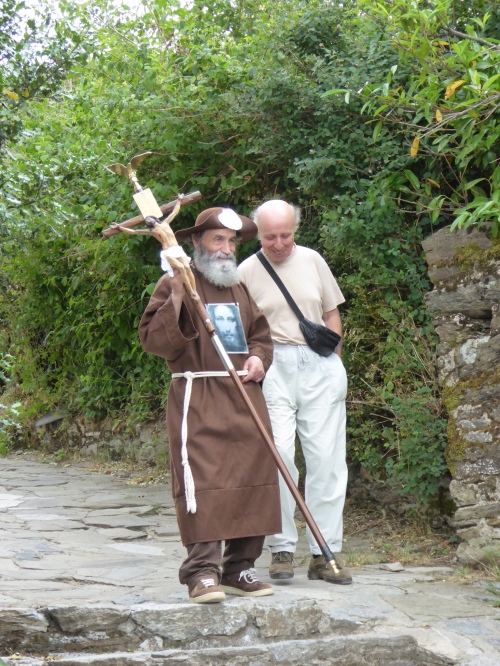 Traditional pilgrim with Jesus on a stick 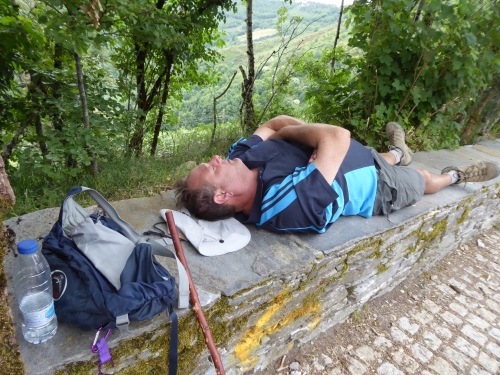 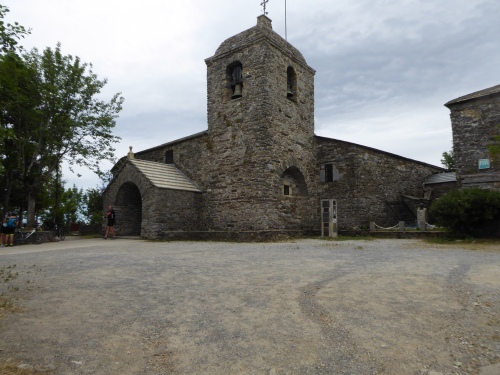 ]]
Church where the Holy Grail is kept 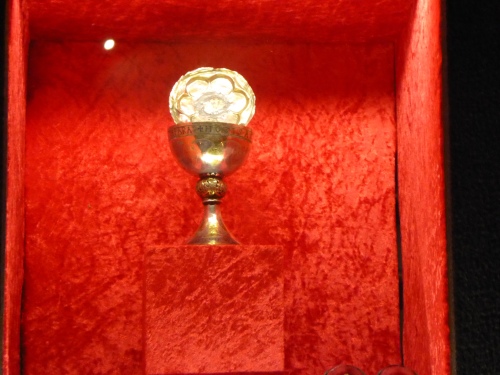 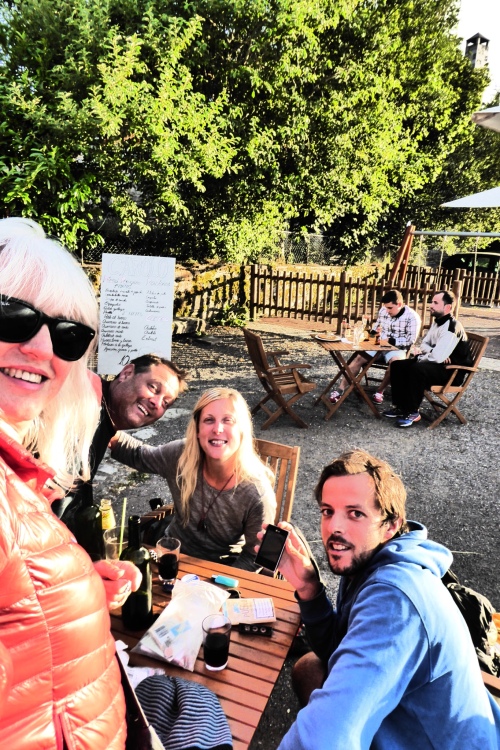 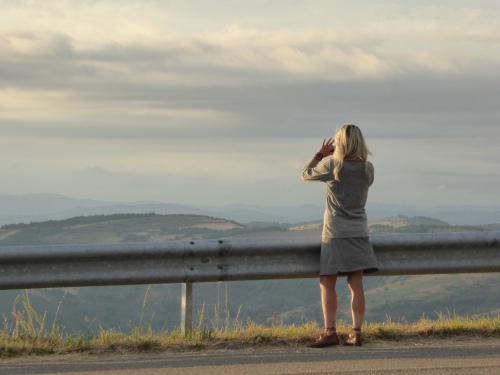 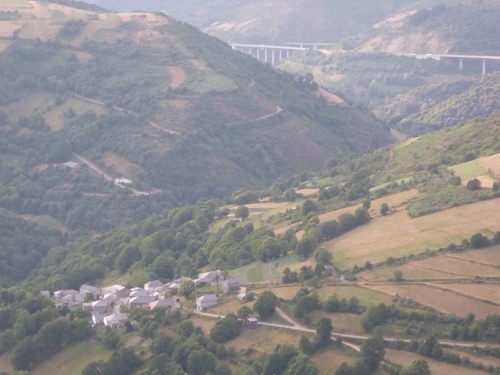