Even though we’d lost our Irish spy we were thrilled to be heading out in the dark to have a picnic with the Brazilian diplomat at the free wine fountain at Irachi. Trouble is, none of us bothered to check if it had a specific opening time. The assumption was that the monks had provided free wine and water to pilgrims for hundreds of years. The reality was, the tap is only turned on now when the museum is opened. Well at least we didnt miss it this time!

Truth is, drinking wine before dawn is really not ideal for hiking, particularly not free wine from a tap in a wall. I have to commend my beloved none the less. He worked that tap for quite a few minutes to see if we were mistaken in our reading of the Spanish opening hours. He even managed a few drops to taste. He promptly spat those few drops out I might add. 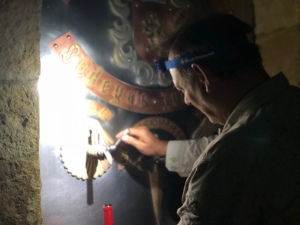 But it was our yoga guru who said it like it was!

Not to be perturbed, we sat out front of the museum and had a picnic of cheese, cold meat, tomatos and bread and washed it down with water – it was very tasty and even healthy- not sure how we’d have moved on if the fountain had been opened!- I’d like to think we were all still on a high for having beaten the sun anyway. 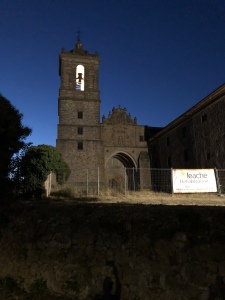 This was an exciting day in more ways than one. I still did not have any serious foot problems (although some rather strange swelling above one knee was starting to concern me) and my beloved was showing signs of improvement from man flu! On top of this we were in very good company with our Irish yoga guru and Brazilian diplomat.

We made great distance this day. The early morning start gave us a great opportunity to cover some ground again. Although there weren’t a lot of stops along the way, there was a caravan in the middle of nowhere selling expensive drinks and offering a reprieve from the sun for a few bucks. And then we headed off down the road. 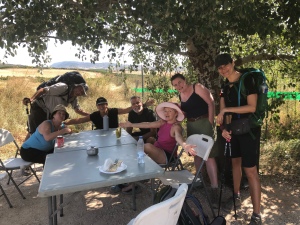 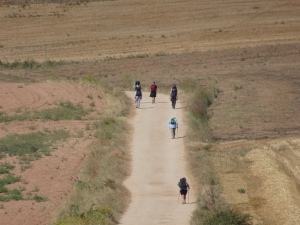 Not long after this a couple of Spanish ladies passed us and went left in the direction of the yellow arrow. But the wheat had been harvested so those of us in the know took the hypotenuse and marvelled at the saving of a kilometre or whatever. None of us could remember the calculations for working out how much we would save but we didnt care! We marvelled at the flowers, the tough soil, and the freedom.

Just passed here was where the little black snack had jumped out to attack me last time. Needless to say I was somewhat wary as we passed this area. My yoga guru stayed nearby and kept me entertained ensuring a smooth passage through the long grass.

We arrived in Los Arcos and stayed at Casa De Abuela on the top floor – nice place and very convenient – but gee those stairs …. 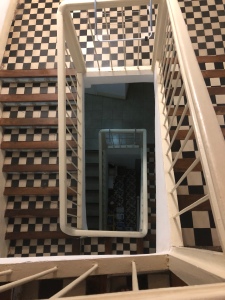 For dinner we had one of the best impromptu pilgrim gatherings of the camino – Hotel Monaco pilgrim restaurant – highly recommended to anyone! 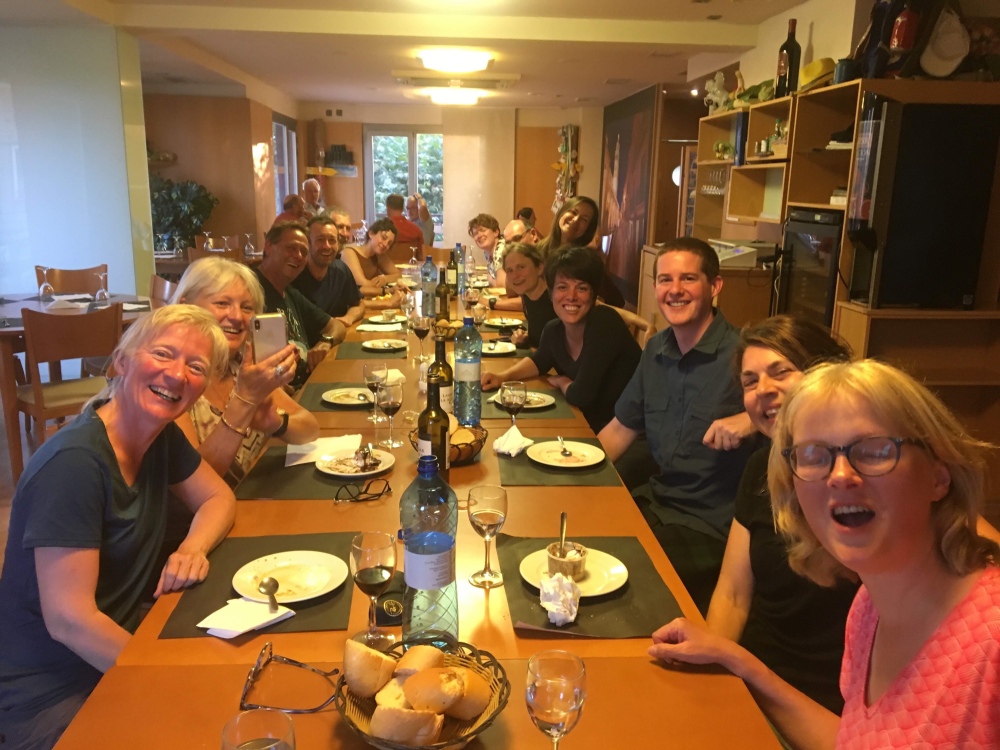 We had another wine in the square and went to bed early ready for another early start tomorrow.