Before I get to our travels today I must point out that the albergue Globetrotter was the worst sleep we never had! The bar opposite was open until 5.30am and the noise was literally at our bedroom window. There was also someone allowing patrons of the bar in and out so they could use our bathroom! It was horrific! So much for renewing energy with a day off. Apparently this did not happen on Friday night but for some reason Leon goes crazy on Saturday so we were walking zombies as we left the city.

I actually thought it was quite a pleasant walk out of León. We stopped at a vending machine opposite the parador that seemed to be under massive refurbishment. We stopped a few minutes later at a bar for a cafe con leche and a toilet break. We kept seeing the young ones again and briefly saw Jack and his accomplices also at one point.

At the beginning as we were leaving León we wandered on passing a never ending stream of young people going home from something. It wasn’t until we reached the church at virgin del camino that we saw the site of the fiesta. 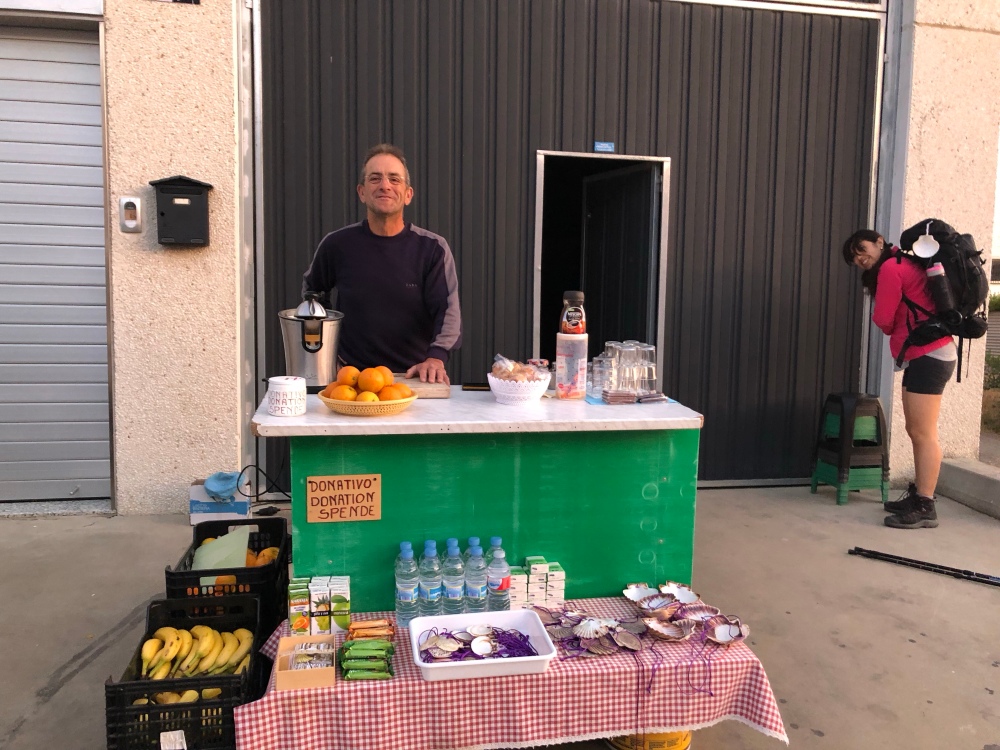 We stopped at a donativo fruit stall that had access to a bathroom without light. And we stopped at the church at Virgin to rest our weary feet and decide which way to go. We took the shortest option of course and headed down the track that supposedly had little to see. I remembered going to Mazarife to Jesus’s place last time and I have to say there wasn’t a lot to see there either. At least this way we saw heaps of pilgrims, different buildings, the road had a few ups and downs and there were a few opportunities to stop and rest in a bit of shade.

All in all my feet were feeling great after the Leon rest day. My beloved was now feeling exhausted and in pain. Can’t all be happy all the time can we?

Anyway we surprised ourselves and made it to the municipal in San Martin. The hospitalario here also felt sorry for us – I always look a bit dodgy by the end of the day – plus I suspect we look a little older than many.

Anyway there was a communal meal on offer for a donation so of course we opted in. The doctor was there and, although we missed our friends, it was a great meal and even though we were two of only three English speakers at the table we thoroughly enjoyed the experience. It was a great meal in great company. 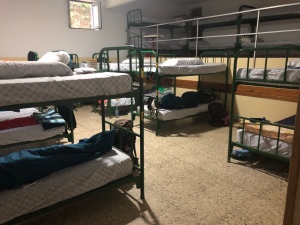 The dormitory was nearly full and the snoring had begun before I hit the sack but it was nothing compared to the partying in Leon!