I was awake before they turned the music on at beillari this time. The Dutch girl was also up early and we both tiptoed around getting ourselves ready while the two young spanish men who had arrived late slept soundly.

I became their worst nightmare once the lights in the hall came on. I was packing a new bag and it was like challenging myself to a game of Tetris!

I finally went down to breakfast and sat quietly with the French group and chatted to the owner Joseph as he cleaned the table. He wondered who was still upstairs and wasn’t surprised that the Spaniards were the last to get up. They stay up late and sleep in every day when home.

I finished breakfast and donned my pack and headed out to a perfect day. Cloudy, crisp and no crowds!

I had intended to hang around and wait for the markets to open but I had a packed lunch so decided to slowly meander up to Orisson so I could enjoy the afternoon there. I was relishing my new minimalist pack but still had a slight dread of cold nights without a sleeping bag. I’d bought the next best thing which is a fleece liner but wasn’t overly confident. Anyway I was as happy as happy could be. Setting my own schedule enjoying the magnificent views and stopping whenever I wanted without any sense of guilt or need to speed up.

I felt the joy that must be sparked when people take the Japanese minimalist approach according to Marie Kondo. Funnily enough the first people I came across were John and Yoko and their daughter Namami. Well it wasn’t john actually it was something more complicated to which he suggested I call him Bob but I decided John fit better in my mind so I’m going to run it bye him tomorrow and see what he thinks. They were absolutely lovely and reminded me of why I return to the camino. As we raced neck and neck up the mountains we all started feeling hot and sweaty. Thank heavens it wasn’t heat wave weather like last year – or even last week for that matter.

There was a bit of steepness to the day that challenged me again and Yoko offered me a salt tablet which I almost declined saying I had my own but then I remembered that “my own” were on that great luggage carousel in the sky! Oh well. It was still a perfect day. 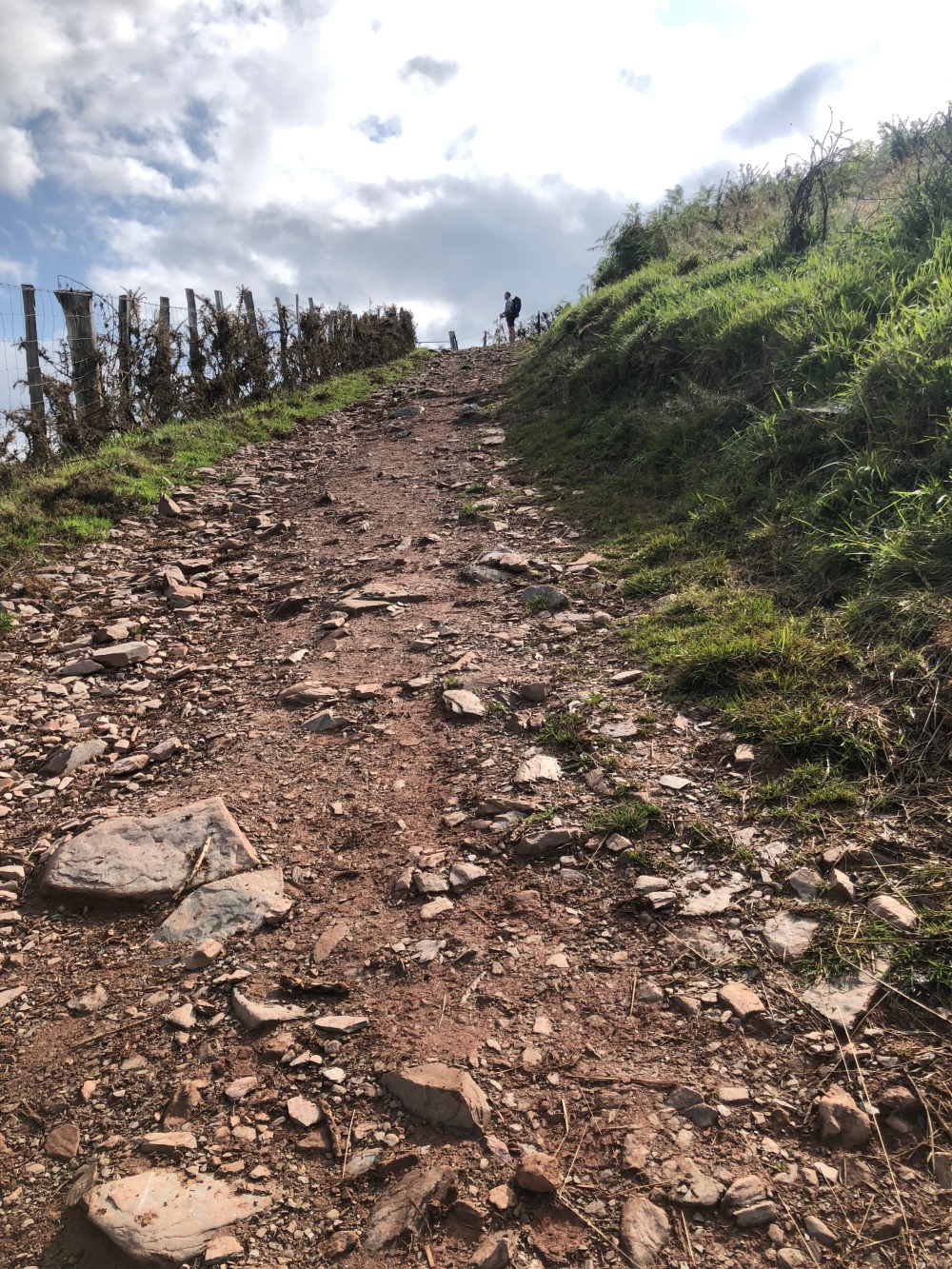 I passed the tree under which I had near collapsed last year and headed into Orisson just after 11 to be allocated the first bed in my room. Cama baja baby! Perfect! In the corner with two windows overlooking the most spectacular view of the Pyrenees.

I utilised the washing machine and dryer, had lunch, had a rest, and sat on the terrace with a young danish couple who were walking the camino to celebrate thirty years of marriage. Yes okay, I missed my beloved. But today was wonderful and the communal meal was again a delight.

There were Aussies, Italians, Americans, Germans and a Flemish flute playing Yoda from Belgian who had been walking the le puy since July. (check back for photos later)

The service was better than previous visits because the owner had employed the multilingual Terry from Italy who even spoke Japanese!

I enjoyed a rose, caught up on some blogging and just as we were getting ready to sleep I saw the message from the airline. My bag was now lost in transit to Bilbao. It seems to have disappeared off the system in Frankfurt. You have to laugh! It’s hilarious this priority luggage thing.